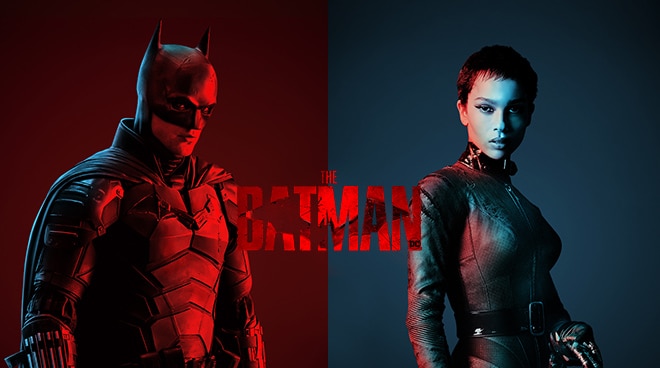 A new trailer just dropped for The Batman in the early morning hours of December 28 (PH time). Titled The Bat and The Cat, it largely features the relationship between Robert Pattinson’s Batman and Zoë Kravitz’s Catwoman.

For two years, Batman (Robert Pattinson) has been roaming the streets of Gotham City, stopping all sorts of lawbreakers and striking fear into the hearts of criminals. It’s a rather lonely mission as he can only trust the loyal Alfred Pennyworth (Andy Serkis) and Lt. James Gordon (Jeffrey Wright) in a city rampant with crime and corrupt officials.

A killer is stalking Gotham City, leaving horrific scenes in his wake. Searching for the killer, Batman explores the underworld for clues where he encounters such characters as Selina Kyle/aka Catwoman (Zoë Kravitz), Oswald Cobblepot/aka the Penguin (Colin Farrell), Carmine Falcone (John Turturro), and Edward Nashton/aka the Riddler (Paul Dano).

He seemingly forms an alliance with Catwoman to deal with what is happening in Gotham.

The Batman is set to open in Philippine theaters in March 2022.