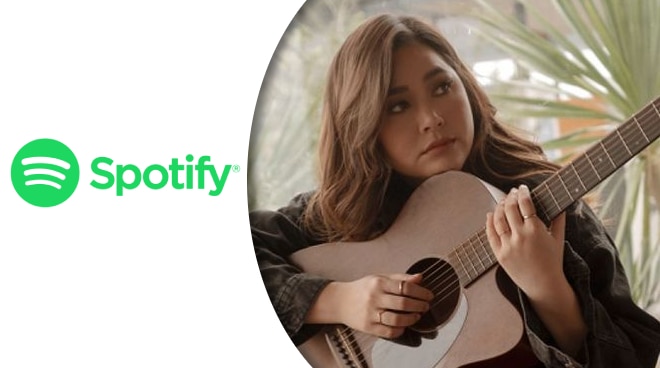 Moira dela Torre marked a new milestone in her music career recently as she reached one billion all-time streams on Spotify.

Star Music PH announced the news on social media as the music label congratulated the singer.

"A major milestone - Moira Dela Torre celebrates 1 BILLION Spotify Streams today! Congratulations, Moira! Thank you for the music and we're excited to see and hear what's ahead. Thank you also to everyone who listened and shared her music," Star Music PH posted on December 21.

Following the news, Moira took to social media to extend her gratitude to her fans and to her team for making the milestone happen.

"Craziest christmas surprise to date. Wow.😭 To you who listens to my songs, thank YOU for making me the first Filipina artist to reach this milestone. Thank You, Lord 😭 Thank you, @cornerstone and @starmusic fam. Sharing this milestone with my band, my team, and the greatest writer i know — my husband. We love you guys. Here's to more stories and seasons filled with lifetimes," Moira posted.