Catriona Gray sure has proven that she can effortlessly slay Michael Cinco’s creations. 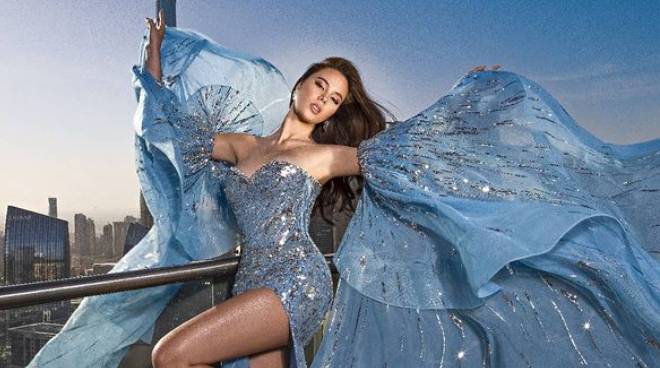 Catriona Gray dazzled as she donned Michael Cinco’s creations for the Fall-Winter collection.

Catriona flew to Dubai to shoot the video. In a video released on social media, Catriona can be seen effortlessly posing with the skyscrapers of Dubai in the background.

She recently marked the third year since she was crowned Miss Universe.

Shot in Shangri-La Dubai, the video not only highlights the renowned designer’s creations but also Catriona’s beauty.

Born in the Philippines, Michael Cinco has brought pride to the country through his creations which have been recognized in various award-giving bodies and worn by some of the biggest international stars.

“Moving to the Middle East was a big leap for me, the region is a haven of haute couture,” he said in one interview. “In my first job in Dubai, I reinvented the image of a slightly staid fashion house and succeeded in injecting new fashion nuances. Now, it’s great to know that the elite fashionistas of Dubai eventually recognized my passion for fashion.”

READ: Catriona Gray finally has her own home