Which project of Alexa Ilacad is your favorite? 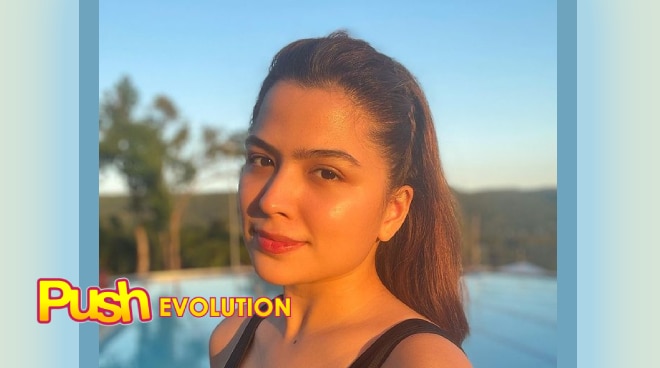 Alexandra Madarang Ilacad, also known as Alexa Ilacad, is one of this generation’s versatile actresses.

Alexa started her showbiz career when she joined the kiddie gag show Goin Bulilit in 2008 up to 2013.

Also in 2008, she played the role of young Leah in Pablo S. Gomez’s Gagambino.

A year after, she became part of May Bukas Pa starring Zaijan Jaranilla.

After her May Bukas Pa stint, she was cast as part of Komiks Presents: Nasaan Ka Maruja?

From 2011 up to the present, Alexa has played different roles for the long running drama anthology Maalaala Mo Kaya.

Meanwhile, during the same year, she appeared in the drama series Nasaan Ka Elisa?

In 2012, she was chosen as one of the cast members of A Beautiful Affair.

In 2013, she appeared in various Kapamilya shows, such as the teen sitcom Luv U, Banana Split and Toda Max.

Her projects was then followed by another Kapamilya series, the teen drama Bagito where she played as one of the main characters, portraying the role of Camille Lorenzo-Medina.

In 2016, she joined the reality music competition titled We Love OPM. She became part of Team Yeng - Oh My Girls.

After joining the singing competition, she became a cast member of the afternoon series Doble Kara starring Julia Montes. The show ran from 2016 to 2017.

She then continued to wow viewers in her outstanding acting performances as she played a character in the primetime drama The Killer Bride alongside Janella Salvador in 2019.

Earlier this year, she appeared as one of the supporting cast of Init sa Magdamag.

Meanwhile, on top of her TV projects, Alexa also did several movies. Her most recent film was Four Sisters Before the Wedding, which premiered in 2020. In the movie, she played the role of young Roberta Olivia ”Bobbie” Salazar.

Likewise, she is also a recording artist. She recently released singles 'Stay Right Here' and 'Love At First Sight' with record label Off The Record.

Last October 2021, Alexa joined the reality show Pinoy Big Brother Kumunity Season 10 as one of the celebrity housemates. She was introduced as the “Smartista Unica Hija ng Pasig.”

See more of her projects in this episode of Push Evolution.

What project of Alexa Ilacad is your favorite?