‘My Husband, My Lover’ actress Kylie Verzosa says she is proud of her choices when it comes to portraying different roles onscreen. 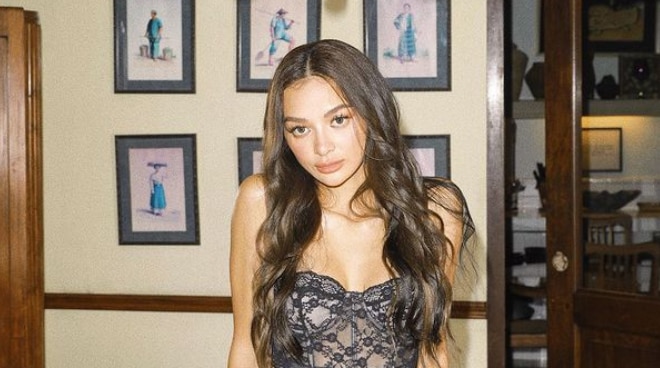 After her stint as Miss International in 2016, Kylie Verzosa has enjoyed her foray into showbiz as an actor who has been able to tackle a variety of roles, especially this year where she headlined Vivamax films like The Maid and My Husband, My Lover. In her latest role, Kylie plays a married woman named Alice who is torn between two men played by Marco Gumabao and Adrian Alandy.

To a certain extent, Kylie says she can relate to her character, but not when it comes to having overlapping relationships.

With her growing popularity also comes her fair share of detractors. Kylie said she does not let herself get affected by what she reads online.

“Ang masasabi ko lang sa kanila, thank you so much for your support for me and sana suportahan din niyo ako in this new venture of mine. I’m an actress and mas meron pa akong puwede mapakita sa inyo as an actress. Thank you and I hope you guys support me still,” she added.

During a press event for My Husband, My Lover, Kylie shared her opinion regarding her stance on the possibility of the MTRCB regulating streaming platforms in the future.

“I think the beauty of streaming is that hindi pa siya masyadong regulated and that’s why the content, the story, the direction is also more siguro more provocative in a way pero it’s good. We’re able to tackle political issues, social issues, mas matapang yung content. Mas brave yung content. I’m not really for it pero I mean if it’s the mandate of the government then who are we to oppose?” she shared.

If the time comes when streaming apps like Vivamax gets regulated, Kylie said it would not really affect the state of her career.

“I don’t think so. The beauty of Viva is that they also give us so many options and we’re also free to choose what our career path would be so this kind of movie is only one of the many na gagawin pa namin ni Cindy and one of the many genres that are available to us. So I don’t think it will hinder the career path. Pero yun yung nagawa ng pandemic, streaming was boosted so much and it gave so many more opportunities to other people, to other artists. So nakita dun yung ng mga big producers and took advantage of the streaming platform. So by next year may sinehan na tayo, may streaming pa tayo. Isn’t that so much better na may more opportunities for people to work and more avenues for jobs for people?” she explained.

Known for her mental health advocacy during her pageant days, Kylie said she is happy at how progressive people have started to become when it comes to prioritizing the issue as compared to before.

“Nung mga 2015, 2016 hindi pa siya napapag-usapan. Pero ngayon especially since the pandemic hit and we’ve all been in isolation, our mental health needs to be taken care of now especially in young adults. Anxiety, depression, social disorder because of the lack of connection that we have from other people. Ngayon Zoom na lang. We weren’t able to see our friends and family so that lack of social interaction kulang din. And siyempre the pandemic made us stay at home so just being in this small bubble made us feel very unstable.

Watch Kylie Verzosa and Cindy Miranda in the newest Vivamax Original movie, My Husband My Lover, available for streaming exclusively on Vivamax.