Following the release of her debut album ‘Daylight,’ Belle Mariano was featured on Spotify’s ‘Equal’ billboard in New York. 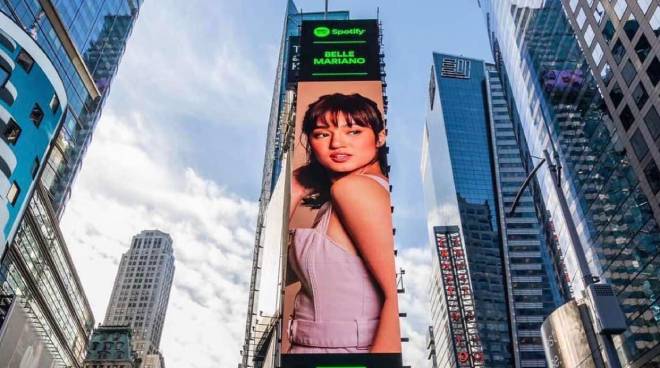 Producer Rox Santos took to social media to express his elation and gratitude to the music platform for featuring Belle, who recently released her album "Daylight."

"Wow!!! I'm just so speechless 😭😭😭 Thank you so much Spotify for this support and to all those who streamed Belle’s debut album - ‘Daylight’.

At the heart of Times Square, New York USA  is Belle Mariano’s Billboard for Spotify's EQUAL playlist! ✨ Thank you for the love #Spotify!" Rox posted on his Facebook page.

Belle's Daylight album was released early this December which includes the tracks "Sigurado" from the hit series He's Into Her, "With You," "Rainy Days," and "Tanging Dahilan," among others.

The singer-actress also released the music video for "Tanging Dahilan" on Wednesday, December 15.

The music video has already gained more than 300K views as of this writing.