While in Israel, actress Marian Rivera took the opportunity to visit Jerusalem with her husband, actor Dingdong Dantes. 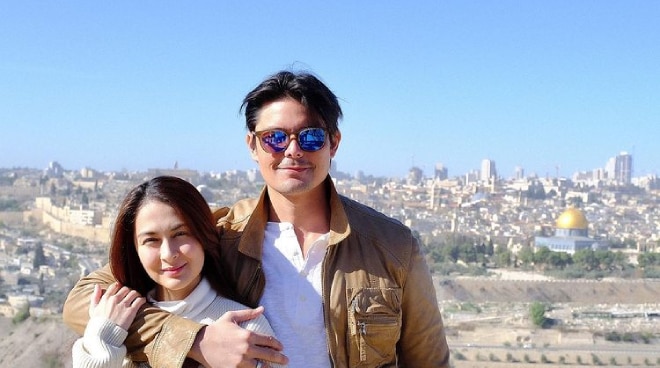 Before leaving Israel, actress Marian Rivera made sure to visit Jerusalem with her husband,actor Dingdong Dantes.

Marian, who was in Israel for the recently concluded Miss Universe pageant, shared photos from their trip to the Holy Land on Instagram Thursday, December 16,

"Holy land," she captioned her post. "Another place I’ve been wanting to go to and being with Mi Amor made it even more special."

Earlier, the actress thanked Dingdong for going with her to Israel and for being the "best husband I could ask for."

"Before this trip ends, I’d like to thank the best husband I could ask for — from being my cheerleader to waterboy, thank you for everything that you do for us. Thanks for creating memories with me so that we can look back at them together. Love you!" she said.

She also described her stint as a Miss Universe judge a "priceless experience", saying she's grateful for all the friends and memories she's made in Israel, and that she hopes to be back there one day.

In an interview prior to the event, Marian expressed her gratitude over being handpicked by the Miss Universe committee to be part of the highly anticipated pageant.

She also addressed those who questioned her credentials as a judge of the prestigious Miss Universe.

Beatrice Luigi Gomez of Cebu City, who was crowned Miss Universe Philippines last September, represented the country in the recently concluded pageant. She and 78 other contestants were bested by Harnaaz Sandhu of India.