Check out the winning answers of Miss Universe 2021 Harnaaz Sandhu. 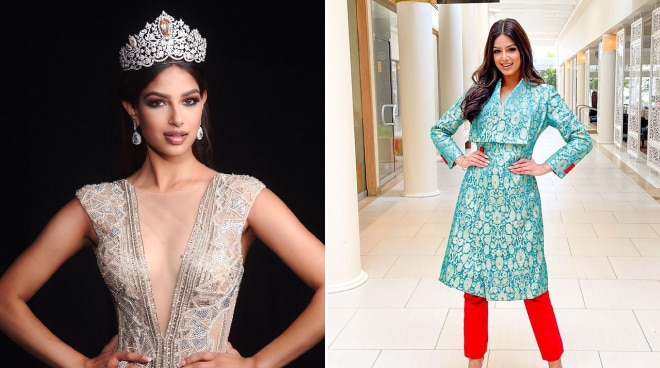 Besting 79 beautifully confident and smart contestants from different parts of the world, India’s Harnaaz Sandhu was crowned as Miss Universe 2021 during the coronation event, which aired in the Philippines on December 13.

According to the Miss Universe site, Harnaaz is an advocate of women empowerment. Her bio reads, “Harnaaz draws her inspiration from her mother, who broke generations of patriarchy to become a successful gynecologist and lead her family. Driven to support other women the same way, Harnaaz grew up working with her mother at health camps addressing women's health and menstrual hygiene. Deeply conscious of the privilege her mother's struggles have gifted her, Harnaaz today is a strong advocate for women's empowerment, particularly their constitutional rights to education, careers, and their freedom of choice.”

Indian actress Priyanka Chopra Jonas, who has starred in various Hollywood films like We Can Be Heroes, The Matrix Resurrections, and Baywatch, is apparently her idol. “Her favorite actor is Priyanka Chopra, and she draws inspiration from her body of work.”

Meanwhile, Harnaaz also enjoys a number of hobbies. “In her spare time, Harnaaz enjoys the company of friends, loves yoga, dancing, cooking, horse riding, and playing chess. She is a water baby and never misses a chance to jump into a pool to rejuvenate herself.”

“She believes in the saying – ‘Great things happen to those who don’t stop believing, trying, learning, and being grateful,’” as written in her bio on the said site.

Harnaaz, who started joining pageants when she was a teen, is also an actor. “Professionally, Harnaaz is an actor with two Punjabi LMS slated for release in 2022 and hopes to essay characters in LMS that break stereotypes that the world has of women.”

Harnaaz also shared three interesting facts about herself. “I mimic almost anyone including animals. I am a closet singer. I love writing couplets in my mother tongue Punjabi.”

During the first Question and Answer portion in the Miss Universe pageant, Harnaaz was asked, “Many people think climate change is a hoax. What would you do to convince them otherwise?”

She answered, “Honestly, my heart breaks to see how nature is going through a lot of problems, and it’s all due to our irresponsible behavior. And I totally feel that this is the time to take actions and talk less because our each action could either kill or save nature. Prevent and protect is better than repent and repair, and this is what I’m trying to convince you guys today. Thank you.”

Advancing to the top 3, Harnaaz was asked, “What advice would you give to young women watching on how to deal with the pressures they face today?”

“Well, I think the biggest pressure the youth of today is facing is to believe in themselves. To know that you are unique and that what makes you beautiful. Stop comparing yourselves with others and let’s talk about more important things that’s happening worldwide. I think this is what you need to understand. Come out, speak for yourself because you are the leader of your own life, you are the voice of your own. I believe in myself and that’s why I’m standing here today. Thank you,” was her winning answer.