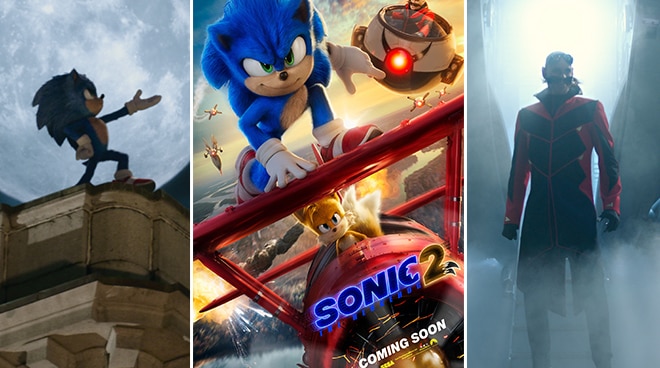 Sonic The Hedgehog is returning to the big screen.

The popular video game character was first made into a live action movie in 2020 which earned about 319.7 million USD in worldwide box office revenues. The movie was initially criticized by fans for its character design when the trailer was first revealed, leading to a redesign and a delay in the release.

Sonic has settled down—sort of—in Green Hills. He roams the streets trying to help people out, oftentimes bringing on more trouble. But his frenetic energy will soon be put into good use when Dr. Robotnik returns, this time with a new partner, Knuckles, who might just be more than a match for Sonic.

The evil doctor has come back to search for an emerald that has the power to destroy civilizations. Good thing Sonic finds his own sidekick, Tails, who goes with him on a worldwide adventure to foil Dr. Robotnik’s plans.

Directed by Jeff Fowler with screenplay by Pat Casey, Josh Miller, and John Whittington, based on characters from the SEGA Video Game. Sonic The Hedgehog 2 is set to come out in Philippine theaters in 2022.