Journalist and athlete Gretchen Ho shares what she learned after studying at the prestigious business school this year. 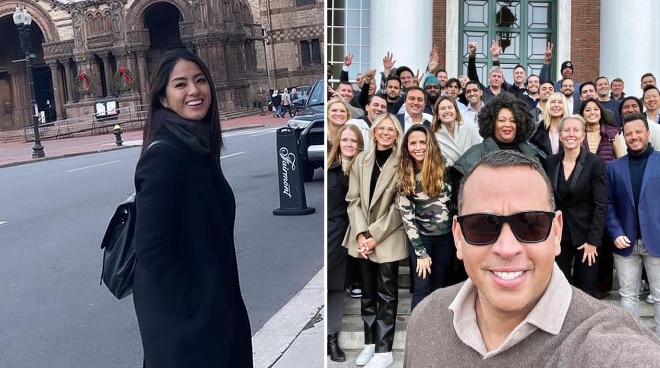 After flying to the the US earlier this month, Gretchen Ho revealed she was happy to be back in the college town of Boston, Massachusetts which has more than 50 academic institutions in the area. The 31-year-old athlete and TV host first went there to study in 2018 where she received a scholarship for a journalism course where she was the lone Philippine representative.

Last December 10, Gretchen shared a more detailed update after completing her four-day course at the prestigious Harvard Business School which ranks number one in the world where she was enrolled in a course called “The Business of Entertainment, Media, and Sports.”

She wrote, “The past days have been such a whirlwind. We studied 10 cases in 3 full days, with different accomplished, experienced minds pitching in — from the NBA, MLB, NFL, FIFA, Facebook / Instagram, Twitter, YouTube, the fields of news, tech, music, gaming, streaming, A.R., A.I., sports marketing, talent management, advertising, financial investing, and more ++

“It was great hearing from people who were actually there (or sometimes found themselves right in the middle of cases). Even greater hearing everyone pitch in their points-of-view from different sides of the industry.

“When I learned about this course in 2019, I just knew I had to take it. ‘The Business of Entertainment, Media and Sports’ seemed such a perfect fit. I couldn’t believe that @harvardhbs would offer something like this. It felt like an affirmation somehow of how athletes could transition to different worlds and be able to harness the power of their platforms to better their lives and do a lot of good.”

In the same post, Gretchen also revealed her realizations after being able to interact with representatives from all over the world.

She wrote, “During discussions, I couldn’t help but feel that the Philippines is still behind in many areas, but I also am taking home with me a lot of ideas, and a better sense of where we are at and what else there is to be done. More importantly, this course has helped me with my next decisions in life and to take ‘BIG BETS’ on it! Happy and proud to represent the Eastern side of the world 🙋🏻‍♀️ Having flown 14 hours, I still stand by my first question on why this course is just 4 days?! 😜 Thank you #BEMS2021 for a great time in Boston!”

Gretchen made her hosting debut as one of the hosts of the sports magazine show Gameday Weekend on the ABS-CBN Sports+Action channel in 2013. She was also seen in ABS-CBN programs like Umagang Kay Ganda and TV Patrol. She officially transferred to TV5 in January this year.