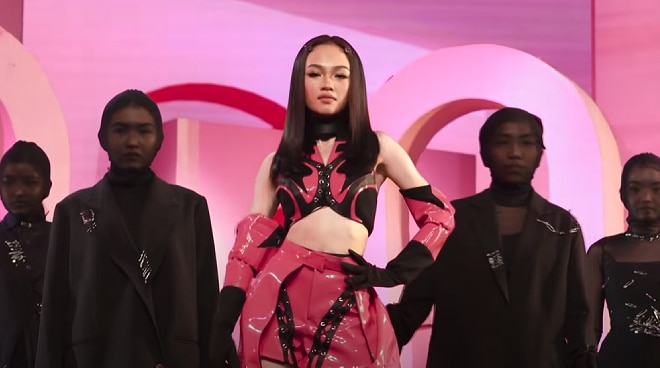 After being launched as Star Magic Records’s debut artist earlier this month, AC Bonifacio started off her singing career with the catchy dance track “Fool No Mo” which AC helped write with Jonathan Manalo and Trisha Denise. The song, which talks about the kind of love that leaves someone with nothing—the kind of love that fizzles out as quick as it blazes, marked AC’s official foray into the music business starting this year. The official music video also featured the country’s New Gen Dance Princess showing off more explosive and impressive dance moves that she has always been known for.

The 18-year-old singer and dance revealed during her digital press conference with Star Magic Records that she never imagined being a bona fide recording artist when she first entered showbiz.

“When I wasn’t in the industry before, I thought dance was just going to become a side hobby for me. I didn’t think it would become my full time. But when I got into the industry that’s when it made me realize how much more passionate I am about performing in the arts and how much I enjoy seeing the smiles on other people’s faces. Like it heals me. Like if I’m having a bad day and like I’m really going through something, basta nasa stage ako and nag-perform ako at nakita ko na yung mga tao, yung mga fans, yung mg ACnatics ko, na nag-sa-smile na and they’re enjoying and screaming for me, like everything in the world is just good and healed. So definitely I learned that I want to be an artist and I want to perform and inspire and entertain. It’s a big circle. Once I inspire someone, then they’ll start inspiring other people and the world will just become a better place,” she explained.

READ: AC Bonifacio on being launched as a total performer: ‘My career has been a rollercoaster’

With “Fool No Mo” now available for streaming online, AC said she hopes her brand of music can also bridge the gap of bringing OPM to other countries.

“I feel nowadays the world has been very open to listening to songs from around the world like for example K-pop. Filipinos have been taking over the world so this is just another way to get it out there and I guess one part of being a Canadian is that I’ll be able to spread that more over there. I was really born there and that’s my home. And the song is also all English so everyone can relate to it,” she said.

Aside from pursuing her dreams of being a global performer, the Canadian-born artist said she also has other goals she wants to pursue someday.

“I think one of my big time dreams is to just tour around the world. That’s definitely one of my biggest goals but it’ll take time and patience and hard, hard work so I’m willing to do that and put myself through whatever it is I need to go through to be able to get to that point. And of course when I get to that point, I’ll still keep going and keep working even harder just to show more and achieve more,” she added.

“Fool No Mo” is under Star Magic Records and is now available for streaming on all digital platforms worldwide.