KZ Tandingan and AC Bonifacio were the special guests for the first night of BGYO and BINI’s sibling concert. 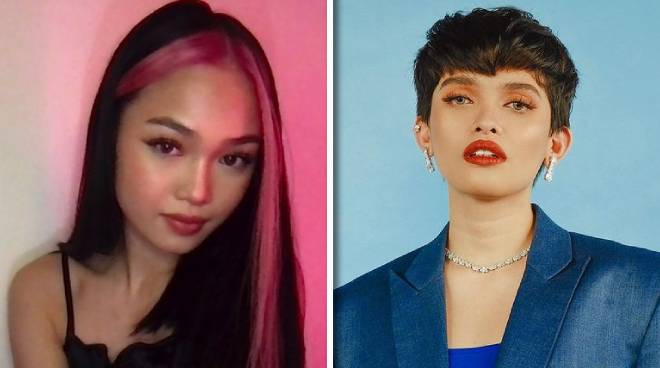 Without a doubt, BGYO and BINI’s first-ever sibling concert proved to be the ultimate showcase for hard work the two P-Pop groups poured into their years of training.

The girls of BINI kicked off the two-hour show, opening the show with a bang — a highly-energetic performance of a familiar track.

In between performances, members of the group gave messages to their die-hard fans.

According to BINI, it took them a month to rehearse their choreographies for each of the performances for the entire show.

“‘Your love is our motivation, our inspiration,” another member said.

But the highlight of BINI’s showcase was the appearance of KZ Tandingan who shared the stage with them.

BINI and KZ took on the hits of the Asia’s Soul Supreme and performed “Labo” and “Marupok.”

BINI, who has time and again said they have always wanted to collaborate with KZ, fulfilled that dream. Meanwhile, KZ also admitted she has always wanted to be on the same stage with the girls of BINI.

At one point, KZ turned emotional saying she knows how much hard work the girls put in to deliver such performances.

KZ also gave the girls of BINI advice on how to stay long in the industry, noting that the right attitude will get them places.

Meanwhile, BGYO also brought their A-game for the night. BGYO did not disappoint their fans by once again giving their all.

AC Bonifacio made an appearance, getting into a showdown with the boys of BGYO.

For her part, the 18-year-old multi-hyphenate said she feels happy to be able to share the stage with the five-piece group.

“I am so delighted to share the stage with a talented bunch like you guys,” AC said.

One of the members of BGYO, Nate Porcalla, said he feels great to be able to reunite with AC, whom he first met during his stint in the reality competition Dance Kids.

At the end of the show, BINI and BGYO shared the stage with a performance of Jona’s “Till The End of Time,” among others.

Meanwhile, fans can still catch the second day of the One Dream concert which will stream tonight, November 7, on ktx.ph and iwantTFC.