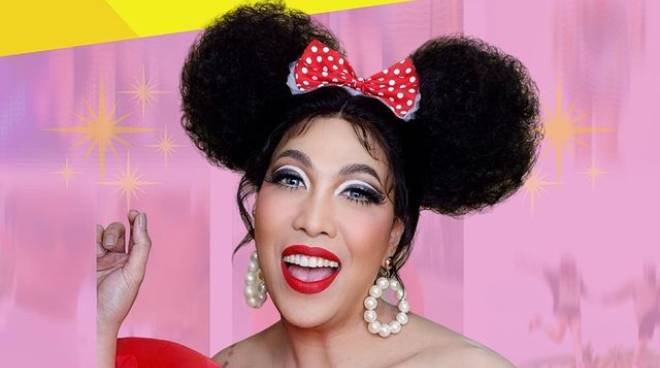 In his post on Wednesday, November 3, the It's Showtime host happily announced that he now has over 10 million followers on the photo-sharing app Instagram.

At over 10 million, the "Unkabogable Star" remains one of the top Filipino personalities on Instagram, alongside the likes of Anne Curtis (17.3m), Liza Soberano, (16.4m), and Kathryn Bernardo (16m).

Just last year, Vice was named one of the Top 100 Digital Stars in Asia by Forbes magazine.

The list features "100 singers, bands, film, and TV stars with a strong social media presence" in the Asia-Pacific region and who "have maintained their relevance" amid the COVID-19 pandemic and utilized their influence to help.

Aside from Vice, other Filipino celebrities who were included in the list were Anne Curtis, Kathryn Bernardo, Angel Locsin, Marian Rivera, Sarah Geronimo, and Kim Chiu.

Vice's latest social media achievement comes just weeks after he and his partner Ion Perez marked a new milestone in their relationship as they celebrated their third anniversary as a couple.

"3 years of not giving a f--- about other people’s thoughts and judgements. 3 years of just being unapologetically in love and happy. I love you Noy! And I love winning in life with you," wrote Vice in his previous post on Instagram.

It was in October 2019 when Vice first confirmed his relationship with Ion, after a "Magpasikat" performance on "It's Showtime".

In a recent episode of the Spotify podcast "Soundtrip with Jugs & Teddy," Vice gushed about the possibility of marrying Ion in the near future.

Aside from marriage, the comedian also admitted that he now considers having a family of his own.