Maris Racal shares that it was her boyfriend, musician Rico Blanco, who convinced her to sing for Disney. 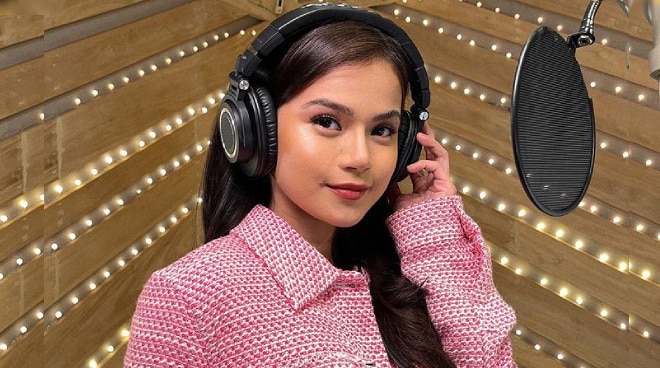 Actress-singer Maris Racal was recently tapped to record "Simulan", the Filipino version of "Starting Now", which is the official anthem of Disney's Ultimate Princess Celebration.

In an episode of the entertainment podcast PUSH Bets Live!, Maris shared that it was her boyfriend, musician Rico Blanco, who actually convinced her to take up the offer to sing for Disney.

It was early this month when Maris revealed working with Disney to record "Simulan", the Filipino version of "Starting Now," which was originally performed by Grammy Award-winning singer Brandy.

According to Disney, the song was inspired by Disney Princesses and Queens and celebrates "the heroines who fill the world with courage and kindness."

At the time, Maris admitted that she felt rather pressured into saying yes to the project as it was too big an opportunity to pass up.

In the podcast, Maris said that one of the things that make her relationship with Rico special is the unwavering support they give to one another.

Aside from her experience working with Disney, Maris also talked about her relationship with Rico in the episode, including her first impression of the former Rivermaya frontman and how they keep their personal and professional lives separate. She also shared some of the acting projects she's been working on recently, including a new movie.

PUSH Bets Live is a weekly online talk show hosted by Gary Ann Lastrilla, featuring the hottest celebrities and events. It also airs on ABS-CBN and PUSH's Facebook pages, PUSH YouTube channel, and on PUSH.com.ph. Aside from PUSH Bets Live, two other segments of PUSH—PUSH Most Wanted and PUSH Extra Scoop—now also have their podcast versions. Subscribe and listen on Spotify, Apple Music, and other major podcast streaming platforms.