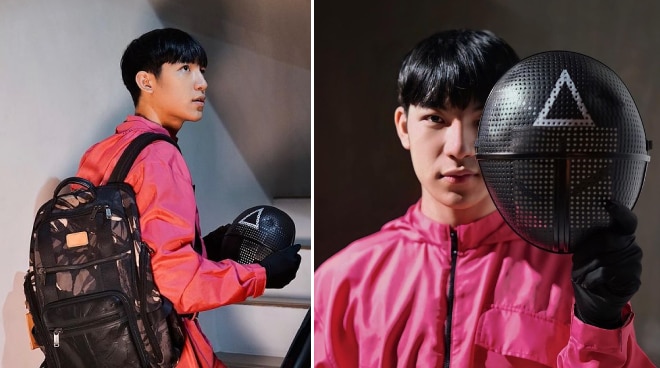 Darren Espanto couldn’t help but show his fanboy side after the actor from the hit Netflix series Squid Game gave his seal of approval for the Kapamilya actor’s Halloween costume.

On Instagram, the 20-year-old artist shared a photo of himself wearing a pink suit. He dressed up as Officer Hwang Jung-ho played by actor Wi Ha-joon for his Halloween costume this year.

To his surprise, Wi Ha-joon liked his photo on Instagram, leaving him surprised.

In another post, Darren shared a set of photos and videos of himself and his friends Robi Domingo and Cassy Legaspi wearing Squid Game-inspired costumes.

Squid Game has become the most-watched series in the history of digital streaming platform Netflix.

Helmed by Hwang Dong-hyuk, Squid Game is a South Korean drama that follows the story of cash-strapped contestants who accept an invitation to compete in children’s games for a prize with deadly consequences.