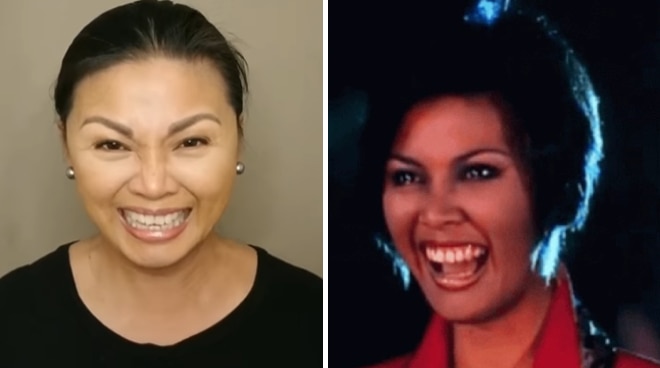 In the clip she posted on Thursday, November 25, Princess can be seen laughing hysterically which was reminiscent of how her character Selina reacted to the bus explosion that happened in the story.

"In this scene from Mula Sa Puso, Selina Matias has deep hatred for Via and her mother Magda. She signals to have the bus Via was on to blow up. After the explosion, she sees Magda losing it because Via was in the bus," Princess posted on her Instagram page.

Netizens were quick to react to Princess's recreation of the scene.

Princess Punzalan: Behind the camera

Princess is now a registered nurse in the US. She is also now married and has a daughter.

Though she is now a healthcare worker, Princess has still been doing acting projects on the side.

In 2019, she became part of the American-Filipino musical drama film Yellow Rose and portrayed the role of Priscilla Garcia.