KD Estrada receives message from his father: 'You were never a burden'

Watch the video message of KD Estrada's father for him. 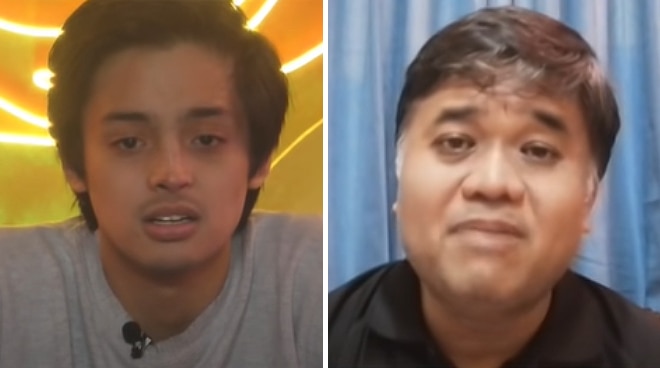 Pinoy Big Brother: Kumunity Season 10 housemate KD Estrada received a special message from his father Glen Estrada as a reward after winning an arcade soccer game inside the house.

In the video message, Glen told KD, “You know you're doing great by just being you. We're just so proud of you, son. You were never a burden to us nor to anyone so stand tall and stay strong."

He added, “Always remember, you have a family to come home to—who will love you unconditionally. You take care son. And we love you so much."

After listening to his father's message, KD expressed his relief and happiness saying, “Just hearing my dad say that I was not a burden, for him to say that I'm doing well, is just makes me happy. I'm relieved 'cause I always thought that I was a burden to my parents... I'm going to keep going po. I'll make it far sa bahay ninyo po,” he said.

It can be recalled that in an October episode of PBB, KD opened up to his housemates about his anxiety attack amid the pandemic.

“I didn't like online class talaga. I had an anxiety attack a few months ago na I was going to fail and it’s all my fault. Dahil sa anxiety attack ko, inilabas ko ang lahat ng nararamdaman ko sa parents ko so I felt like such a burden, na napakasama kong tao,” he shared to his housemates.

In his consultations with PBB's resident psychologist Dr. Randy Dellosa, KD has been diagnosed with depression.