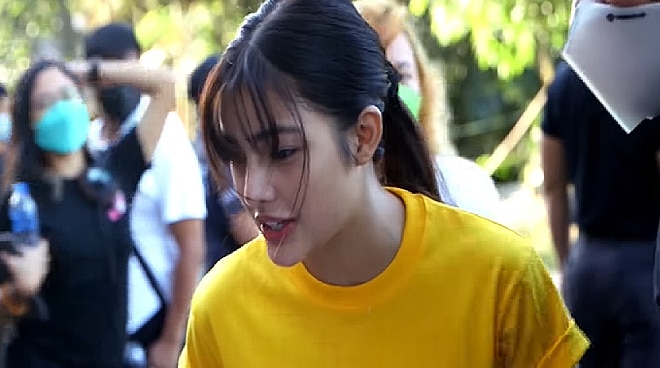 JRB Creative Production released a new behind-the-scenes video from the set of the upcoming Darna: The TV Series on Monday, November 22.

In the video, Jane can be seen playing the role of Narda, the alter-ego of the Pinay superheroine Darna. Multiple scenes of Jane as Narda were shared in the video.

Jane can also be seen interacting with director Chito Roño.

Fans were quick to express their elation upon seeing the video.

"Go Darna go. We support you all the way Jane De Leon," another fan commented.

Last November 15, photos from the first taping day of the series were also shared by JRB Creative Production.

As the television series starts taping, ABS-CBN also recently announced that Janella Salvador will be playing the role of Valentina, the archnemesis of Darna.

"I didn't expect to get the role because marami talagang may gusto sa role na ‘to. Obviously, it was my first time reading for a villain. Kasi usually sanay ako sa mga roles nakukuha ko, 'yung mababait na roles. And this time, it’s very exciting for me because it’s a gray role. And it’s more of a dark character. I’m so excited to play around it and to get to know who she really is," she said at the “The Valentina Reveal” virtual event on November 19.

It was in December 2020 when ABS-CBN announced that Darna would push through as a TV series.