Roxanne Barcelo gave her fans a glimpse of her non-showbiz husband as she marked their anniversary on Sunday, November 21. 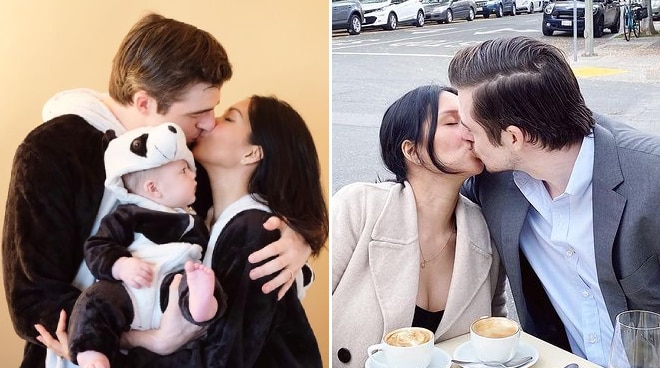 Roxanne Barcelo has finally given her followers a glimpse of her non-showbiz husband, with whom she has a son.

On Instagram on Sunday, November 21, the actress shared photos of her foreigner husband as she marked a milestone in their relationship.

"Happy anniversary, aking Mahal. Thank you for the best two years of my life. You are so worth the wait. Wǒ ài nǐ (I love you)," she captioned the photos.

It wasn't clear, however, if Roxanne and her husband were celebrating their anniversary as a couple or their wedding anniversary.

It was back in December when Roxanne, 36, made the surprising revelation that she was already married, without sharing details of her wedding and without revealing the identity of her husband.

Nevertheless, in a previous interview with Toni Gonzaga for I Feel U, the actress revealed that her husband is not Filipino.

According to Roxanne, refusing to reveal her husband's identity is her way of keeping something to herself after sharing “too much” of her life to the public.

“Alam naman ng lahat ng tao na I like to share too much. I always like to share. But this time, I really have to respect his decision to stay private. I’m hoping one day dahan-dahan na pwedeng kahit boses man lang, pa-'Big Brother' ang peg," she said, in jest.

In January of this year, Roxanne shared the exciting news that she and her husband were expecting their first child—a baby boy.

She eventually gave birth to their son, whom they named Cinco, last May 22.

At the time, Roxanne said she is blessed to have her "husband and best friend" by her side as she navigates the joys and hardships of parenthood.

She also said that she waited all her life to become a wife and a mother, and now that she is both, "I am fully humbled by this truth: As they all say, it's not easy, BUT it is all worth it."