Jake Cuenca on accepting a father role: ‘Hindi siya within my comfort zone’

‘Viral Scandal’ actor Jake Cuenca shares how he prepared for the role of mayor Troy Ramones in the new primetime teleserye. 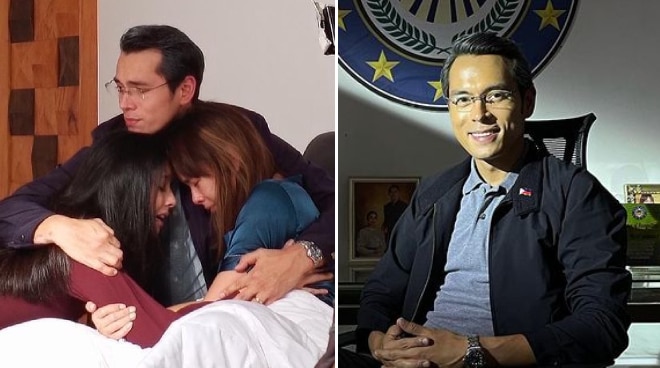 After almost two decades of being in the entertainment industry, actor Jake Cuenca said that new series Viral Scandal is the first time he has ever accepted a father role to an adult.

In Viral Scandal, Jake plays the role of mayor Troy Ramones who is the ex-flame of Kakay Sicat (played by Dimples Romana) and is the biological father of Rica (Charlie Dizon).

To prepare for his role, Jake shared how he got into the mindset of a public official.

Jake was also thankful that the working atmosphere on the show has been positive for him every time they go into lock-in taping.

“We really do feel the love, no matter what happens. Itong cast namin. We came into this cycle as strangers. We barely knew each other and then ang nakikita mo lang sa papel yung relationship mo with all these people. But  after one cycle, we left as a family. I can really say na for everyone in the cast, lahat ng tao dito, I can personally say that they’re very supportive and very loving individuals,” he added.