Catriona Gray finally has her own home

The year 2022 will be a busy one for Miss Universe 2018 Catriona Gray as she works on a new, big, and personal project—her own home. 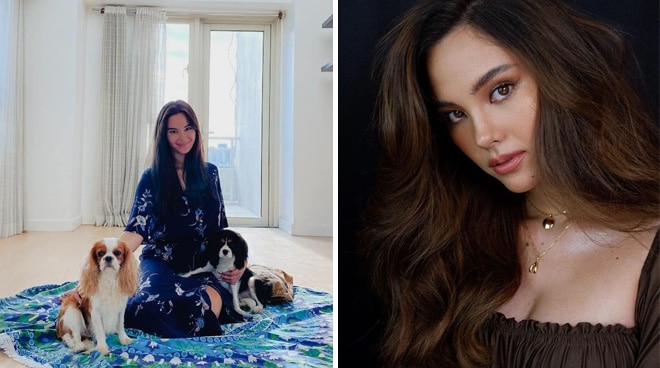 The year 2022 will be a busy one for Miss Universe 2018 Catriona Gray as she works on a new, big, and personal project—her own home.

On Instagram on Saturday, November 20, Catriona happily announced that she acquired a new condominium unit, fulfilling her dream of having a place of her own after a decade of living in rental homes.

"Home 2022," she wrote in her post, which showed a glimpse of her new home. "Since leaving home at 17 I've always dreamed of having a place of my own. For the past 10 years I've been a nomad, I've rented and moved from place to place. But earlier this year, I finally called a home MINE."

Using the hashtag #CasaDeGray, the Filipina-Australian beauty queen also expressed how excited she is to share with her fans how she will be transforming her home, as she vowed to "support local" by using furniture made by artists and artisans in the Philippines.

Fans and friends of Catriona were quick to congratulate her on the milestone, including fellow beauty queens Nicole Cordoves and Sandra Lemonon.

Meanwhile, when prodded by a fan for a house tour, Catriona promised to "share the whole process."

Since then, the beauty queen—who studied Music Theory at the Berklee College of Music, the prestigious arts school in Boston—has been vocal about her plans to focus on her music career.

She recently dropped the music video for her newest single, titled "Love Language."

The song marks Catriona's first foray into songwriting. She collaborated with Sydney-based producer Billy Josh Cabusas (better known as Cabu) on the song when she was in Australia to visit her parents last May.

The track is said to "explore the depths of a lover's yearning revolving around the need to receive love in the form of words of affection.

"[Its] theme doesn't implicate a lack of love, rather the misunderstanding of it, nodding to a yearning that no one is a stranger to."