Ariella Arida reveals her biggest sacrifice for love: ‘I can love like this pala’

‘More than Blue’ actress Ariella Arida talks about her latest role and the things she is willing to do for the sake of love. 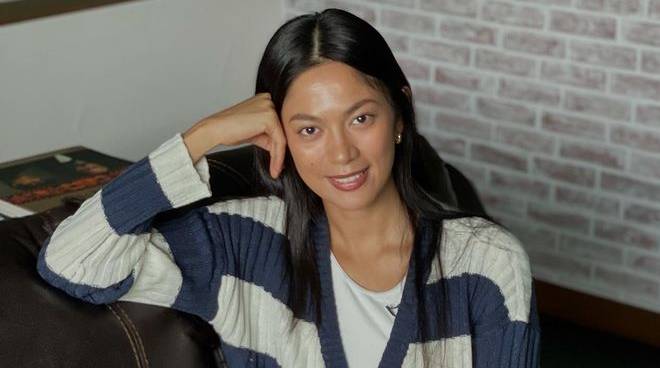 As part of the cast of the Philippine remake of the 2009 South Korean film More Than Blue, beauty queen-turned-actress Ariella Arida said she was happy to take up the challenge of starring alongside her more experienced co-stars JC Santos and Yassi Pressman in the latest Vivamax film.

The Miss Universe Philippines 2013 winner shared how she was able to relate as JC’s former flame and closest confidante in the romantic drama movie.

“I play Cindy here, the happy-go-lucky ex and confident and straightforward photographer. The happy-go-lucky part resembles me, like the passionate part when it comes to loving someone and when it comes sa work and her profession. I guess it helps with the insight and input na binibigay ni direk sa amin dahil nagkaroon ng deeper meaning yung character. Siguro I relate most to the light part of her na fun lang, very happy-go-lucky in a way. I can also see some traits ng pagiging Scorpio like me. Like sa parts ng pagiging passionate ko in a way like Cindy and of course willing to help a friend out of love din. I guess it’s all true with all of us na you’re willing to sacrifice something else just because you love someone and in that part I can see myself in Cindy as well. Sabi ko nga parang nakikita ko yung sarili ko sa parteng ‘to and I really had to dig deeper into it,” she explained.

After working on the film, which tells the story of a terminally ill man who will go to great lengths for the woman he secretly loves, Ariella said she has learned a lot about sacrificing for love.

“I’ve realized with this film na when you love someone din talaga, sometimes the hardest thing is to sacrifice the one you love talaga and to let him go pag hindi na siya masaya talaga sa ‘yo or hindi mo nabibigay yung ano yung nagpapasaya sa kanya. With this film I realized I can be that one in the end na buti naman hindi nangyayari sa akin.

When it comes to her personal life, Ariella admitted she is more of a realist than a hopeless romantic and revealed the biggest sacrifice she can make for her partner.

“Sometimes in real life, hindi naman talaga nag-sa-swak yung personality niyo especially with your partner. So there are things I’m really willing to sacrifice when it comes to just changing a bit of myself which is to compromise if ever we’d end up and fix things together for us para mas maging okay yung relationship. Personally sa part ko it would be hard. For example may nakasanayan ka ng bagay and at the same time hindi yun yung nakasanayan ng partner mo so we have to meet in the middle. So I’m willing to change something else sa sarili ko para mag-meet kami sa gitna. So for me it’s something hard and I take it as a sacrifice as well,” she added