Janella Salvador is set to play the role of Darna’s iconic nemesis Valentina in the much-awaited ‘Mars Ravelo’s Darna: The TV Series’ of ABS-CBN. 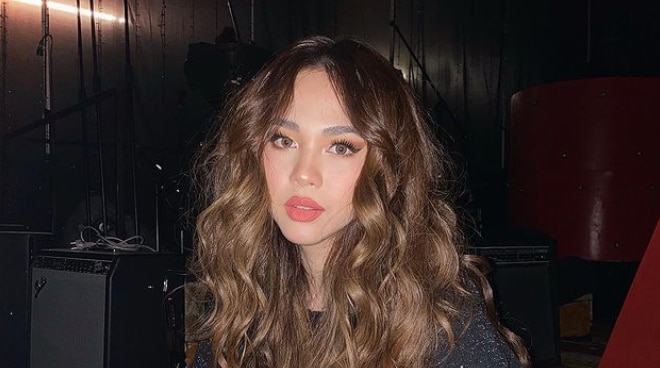 Janella Salvador will be playing the role of Darna's iconic snake-haired nemesis Valentina in the much-awaited Mars Ravelo's Darna: The TV Series of ABS-CBN.

The Kapamilya actress was officially announced on Friday, November 19, as Regina/Valentina, a lawyer and vlogger who is cursed with deadly snakes for her hair and would become Darna's archenemy. She will be joining Jane de Leon awhile plays the titular superheroine in the adaptation helmed by acclaimed filmmaker Chito S. Roño.

"First of all, I'm very, very honored to be chosen among the many, many actresses who auditioned for this role. I'm sure they were all equally as amazing and I would like to thank this opportunity to thank Direk Chito Roño and ABS-CBN for giving me the opportunity to portray this iconic role," said Janella during the #ValentinaReveal, which streamed live on the YouTube channel and Facebook page of ABS-CBN Entertainment.

The actress also promised to live up to everyone's expectations, "but also make [Valentina] my own."

During the live stream, Janella said that she has yet to start her physical training for the role of Valentina.

"I'm really looking forward to starting. I know that this is going to be a physically draining role, pero kayang kaya," she said.

READ: Valentina actress for the upcoming 'Darna: The TV series' is about to be revealed

For her part, Jane expressed her excitement to work with Janella on the Darna: The TV Series, which started shooting last week, in San Jose del Monte, Bulacan.

"I'm so excited na makatrabaho ka, and sa mga susunod na eksena nation. Thank you for challenging Darna for being the best version of herself," she said.

It was in 2019 when Jane was cast as Darna, after Liza Soberano withdrew from the project because of a finger injury.

Darna: The TV Series was originally planned to be movie before it was announced as a TV series in December 2020.

Aside from Janella, joining Jane in the Darna: The TV Series main cast are Zaijian Jaranilla as Darna’s sidekick Ding; Joshua Garcia as a new character, a police officer named Brian; and Iza Calzado as the original Darna and Narda’s mother Leonor Custodio

A target release date for Mars Ravelo's Darna: The TV Series has yet to be announced as of this writing.