Iconic ‘90s anime ‘Cowboy Bebop’ has been remade into a live action series on Netflix. 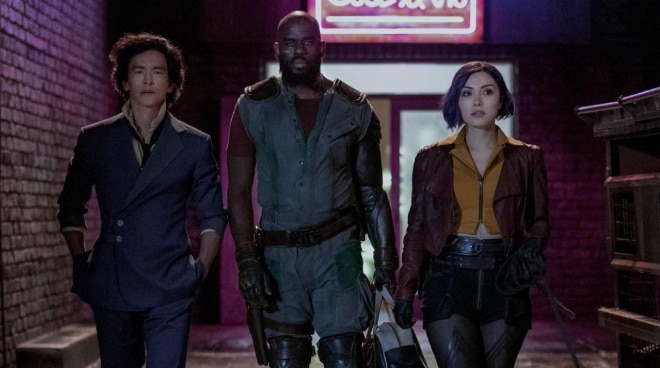 Cowboy Bebop, one of the most popular animes of the late ‘90s, returns as a live action series on Netflix. With many live action adaptations falling short of expectations, fans are keeping their fingers crossed that the crew of the Bebop and their adventures live up to its predecessor. Here are some points that we are looking forward to:

While John Cho might not physically resemble Spike on every point, the fact that an Asian is playing such an iconic character should be noted. With many instances of roles being whitewashed in the past, representation is a much welcome change.

Cho himself is invested in the role, growing his hair out to copy Spike’s unruly mane. He also tore his ACL (Anterior Cruciate Ligament) on set and had to rest for about a year before he could recover. As he told James Corden, he finished the season with a surgically repaired knee.

The music of Yoko Kanno

The legendary Japanese composer was responsible for Cowboy Bebop anime OST being one of the best there is. The fact that she came back to update her work specifically for the live action series is enough of a reason to give the show a go. She also brought along the Seatbelts, the original band who performed the music over 20 years ago. Just hearing them perform “Tank!” is enough to bring any Cowboy Bebop fan to happy tears.

It isn’t clear when and if Ed is making an appearance, but seeing such a quirky character in the live action adaptation is something to look forward to. It would also be interesting how an originally androgynous character will be brought to life.

Any excuse really to see a cute Pembroke Welsh Corgi onscreen. With Ein being a canine with enhanced intelligence, seeing the characters’ interactions with this four-legged cast member is a must-see.

The anime had (spoiler warning) an ambiguous ending: did Spike live after his confrontation with his arch nemesis or not? Perhaps this series can finally answer that question.

Cowboy Bebop is about a group of bounty hunters who travel though space in search of their targets. The series stars John Cho as Spike Spiegel, Mustafa Shakir as Jet Black, Daniella Pineda as Faye Valentine, Elena Satine as Julia, and Alex Hassell as Vicious.