The music video of ‘Love Language’, the first self-penned song of Miss Universe 2018 Catriona Gray, is finally out. 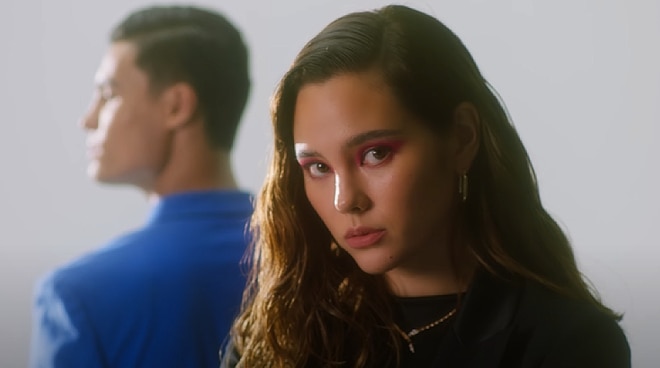 Catriona Gray has dropped the music video of her newest single "Love Language."

Directed by Trina and Raymond Dacones, the more than three-minute video was uploaded on Friday, November 19, on her YouTube channel.


Love Language marks Catriona's first foray into songwriting. She collaborated with Sydney-based producer Billy Josh Cabusas (better known as Cabu) on the song when she was in Australia to visit her parents.

"So, whilst in lockdown in Australia back in May 2021, I wrote my first song. And when I got out, I went straight to the studio and recorded with Cabu," she said in her previous post.

The track "explores the depths of a lover's yearning revolving around the need to receive love in the form of words of affection. [Its] theme doesn't implicate a lack of love, rather the misunderstanding of it, nodding to a yearning that no one is a stranger to."

Since then, the Filipina-Australian beauty queen—who studied Music Theory at the Berklee College of Music, the prestigious arts school in Boston—has been vocal about her plans to pursue a music career.

In April this year, Catriona collaborated with R&B artist JayR to record a fresh rendition of the '90s hit song "Angel of Mine." She also released her own version of “R.Y.F. (Raise Your Flag)", a song inspired by her own patriotic words during her Miss Universe pageant journey.

Previously, Catriona told fashion magazine Mega that she plans to focus on her music career this year.