Valentina actress for the upcoming 'Darna: The TV series' is about to be revealed

Check out the teaser for #TheValentinaReveal happening on November 19. 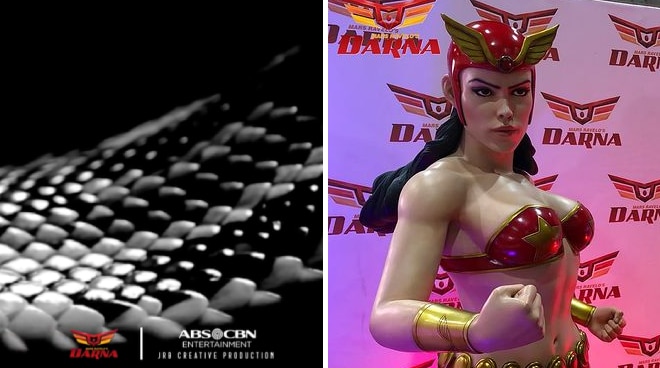 ABS-CBN is set to announce the star who will be playing the role of Valentina in the upcoming Darna: The TV series.

On Monday, November 15, the entertainment unit JRB Creative Production posted on social media a short clip of a moving snake with the caption, "ABANGAN! 11•19•2021 #TheValentinaReveal #DarnaTheTVSeries."

The teaser instantly instigated excitement and speculations among netizens.

Valentina is the archenemy of Darna who has snakes instead of hair on her head.

It was in December 2020 when it was announced that a television version of Darna will soon air on ABS-CBN.

Jane de Leon will play the role of Darna in the television series. Meanwhile, Iza Calzado will portray the role of the "first Darna."