‘Marry Me Marry You’ actor Paulo Avelino shares how he and his son with ex-girlfriend LJ Reyes bond over their mutual love for video games. 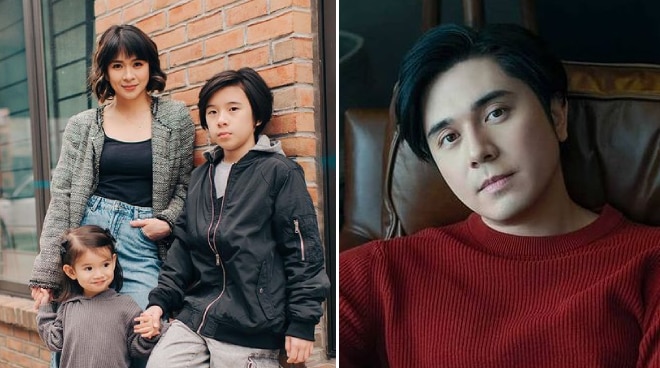 If it weren’t for his busy taping schedule for the second season of his series Marry Me, Marry You, actor Paulo Avelino said he would definitely make time to visit his son Aki with ex-girlfriend LJ Reyes, who moved to the States last September along with her two kids (Aki and Summer, who is her daughter with former partner Paolo Contis). During the recent mediacon for the show’s new season, Paulo revealed that his 11-year-old son is already enrolled abroad.

Paulo explained that despite the distance between them now, he and his son have found a way to still bond online because of their mutual love for online games.

Earlier this year, Paulo ventured from being a casual gamer to being part of the esports gaming industry as one of the partners behind LuponWXC, a locally based esports and streaming company.

With Marry Me, Marry You’s new season coinciding with the ease in safety protocols in the country, Paulo said he is hopeful about the health situation in the country.

As their show continues to gain popularity, Paulo said he hopes it can bridge the barrier that was first put up because of the previous network wars.

Marry Me, Marry You airs weeknights with its second season starting November 15 at an earlier timeslot at 8:40 pm on the Kapamilya Channel, A2Z, TV5, and Kapamilya Online Live on ABS-CBN Entertainment’s YouTube channel and Facebook page. Viewers who use any digital TV box at home such as the TVplus box only need to rescan their device to be able to watch the show on TV5 and A2Z. Its episodes are also available on iWantTFC, WeTV, and iflix, and on The Filipino Channel on cable and IPTV for viewers outside of the Philippines.