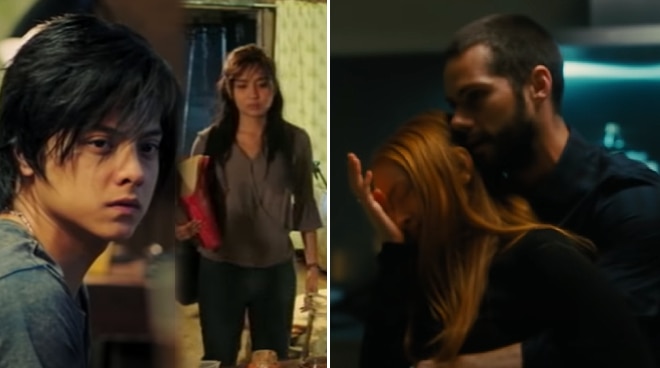 Screenshot from The Hows of Us Official Teaser and All Too Well: The Short Film

Some fans couldn’t help but be reminded of the KathNiel film The Hows Of Us after Taylor Swift released her short film All Too Well inspired by her song of the same name.

On Twitter, a netizen with the user handle @scorsaguin shared a scene from the Cathy Garcia-Molina film where the character of Kathryn (George) can be seen doing the dishes.

READ: Taylor Swift releases short film for ‘All Too Well’ and fans are astonished

Daniel’s character (Primo) then offers a helping hand to a seemingly fed-up Kathryn which then led to a confrontational scene between them — a moment of truth in the toxic relationship George was in.

All Too Well (Cathy Garcia-Molina Version) [From the Vault] pic.twitter.com/IaBZ38xa42

In the short film for Taylor’s Swift’s “All Too Well” — which starred Teen Wolf’s Dylan O’Brien (Him) and Stranger Things’ Sadie Sink (Her) — the character of Her appears to be in a toxic relationship as well.

Coincidentally, the character of “Her” was doing the dishes when she realized what kind of relationship was in.

When Taylor Swift released the song, many fans believed it was about her ex-boyfriend, actor Jake Gyllenhaal. A lot of fans also think the characters in the short film were her and Jake at that time they were still together. Taylor wrote the film herself.

Meanwhile, Daniel and Kathryn’s characters are a work of fiction written by Carmi Raymundo of ABS-CBN Films.