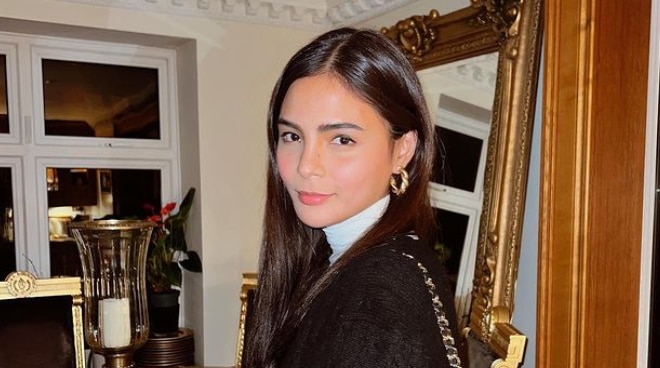 It's a wrap! Kapamilya actress Lovi Poe is done shooting scenes for her upcoming Hollywood film The Chelsea Cowboy.

Lovi shared the news with her fans on Thursday, November 11, as she posted a photo with English actress Poppy Delevinge on her Instagram page.

"What’s poppin? Well, I just wrapped shooting @thechelseacowboy. I met and had the honor of working with the lovely @poppydelevingne, who’s so friendly and down to earth. Here we are on set in our ‘70s rock n roll ‘fits, and we can’t wait to see the final output," she wrote in the caption.

"[For this movie, I] had to fly to 2 different continents in this pandemic... gaaaah but it was definitely all worth it. I’d do it all over again," she added.

It was September when Lovi flew to the United States to start filming The Chelsea Cowboy, which is a movie based on the life of actor, gangster, and lothario John Bindon.

In the film, Lovi will play the role of British Blues singer Dana Gillespie, who hired Bindon as security and gave him access to the high life, including the island of Mustique, where he met Princess Margaret.

Previously, the Kapamilya actress shared how she got the role of Dana in the movie.

“One of the producers and the writer of The Chelsea Cowboy reached out to my management and asked me to read for the part. It was as simple as that. I read for the part, forgot about it and a few weeks after, it happened,” she said.

According to Lovi, one of her preparations for The Chelsea Cowboy was to learn Dana's accent with the help of a dialect coach.

“I will be playing [a role] with a different accent so that’s something I look forward to. Just trying to make sure that I get there prepared," she said.

A target release date for the movie has yet to be announced.