Marco Gallo reveals his preference in girls: ‘I usually don’t go for Pinays’ 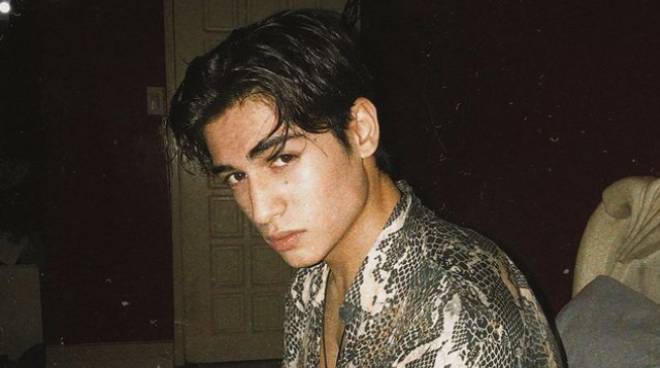 As one of the lead stars of the Vivamax film Ang Manananggal Na Nahahati Ang Puso, Marco Gallo shared why preparing for the film was an enjoyable experience for him. Marco plays a college student named Giuseppe in the movie.

“It was a lot of memorization kasi napakahaba ng script na binibigay niya. Not the whole script itself but the scenes sometimes he tends to really give a big kind of monologue is what he’s known for and at first I was scared. But when I saw the beauty of the lines, it just became poetry to me eh. It became a song in my head that it’s not that hard to memorize if you understand the concepts so I think that’s what I really prepared for. Yung mga lines na yun, at home I was saying it so many times until I got it and I was so happy na I was able to deliver what direk Darryl (Yap) imagined in his script,” he said.

READ: Marco Gallo reveals why he’s not shy to walk naked on the set of his new film

After working on director Darryl Yap’s latest film project, the former Pinoy Big Brother housemate shared how he and co-star Audrey Caraan were inspired to give their best performances.

“I think the thing that I liked the most about working with him is that when me and Aubrey knew about this project in fact parang medyo kinakabahan kami kasi this was such a big deal for us. It’s such a big role na hindi basta basta. So I think the thing that I liked most about him is that he gave us belief. Naniwala siya more than anyone else na we can do it on the set and that’s all we needed really, belief from the whole cast, the whole production, and from our director himself. He gave us that power na kaya namin at ginagabayan kami,” he says.

When asked what he thought of his first leading lady onscreen, Marco reveals what his preference is when it comes to girls. “I have to say that at first, I really saw her as a friend kasi I usually don’t go for Pinays eh. Pero she grew on me eh on the set. Her beauty parang lumaki sa ulo ko eh. Lalo na everyday na nakakasama ko siya lalo akong nagagandahan sa kanya at nababaitan. So yeah let’s see where this goes,” he added.

Another thing Marco enjoyed was shooting the film on the mystical island of Siquijor near Dumaguete City. “A very magical moment that I felt nung pagbaba namin ng barko pagdating talaga, it was night time and then I looked to the left to the water kung saan nandun yung barko and the water off the port was just the most beautiful water na nakita ko sa buong buhay ko, Napakalinaw but it wasn’t just the linaw, it was the brightness in the dark na it was giving and I’m never going to forget that moment. It just caught my heart right then and there,” he recalled.