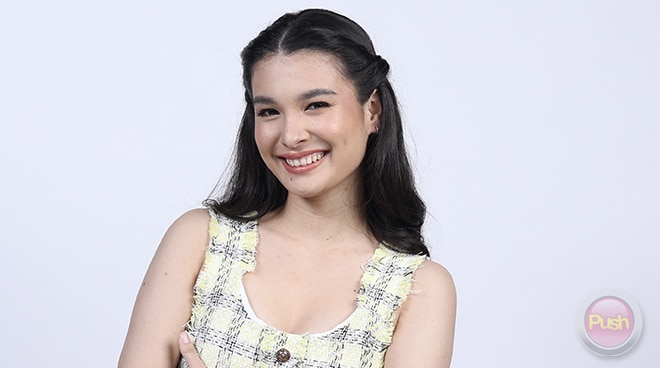 Singer Anji Salvacion will enter the famed yellow house as one of the celebrity housemates of the newest season of ABS-CBN's hit reality show Pinoy Big Brother.

The 18-year-old artist is the latest celebrity to be named as housemate in the celebrity edition of the upcoming PBB Kumunity Season 10, after fellow singer KD Estrada, volleyball star Alyssa Valdez, and online sensation Madam Inutz.

Pinoy Big Brother: Otso grand winner Yamyam Gucong revealed the news to Anji on Kumu, who could not help but cry tears of joy.

She also asked everyone to support her on her new journey as a celebrity housemate.

Dubbed "Ang Singing Sweetheart ng Siargao", Anji is a singer, actress, and model, and a member of the teen group "The Squad Plus" under ABS-CBN's Star Magic.

Her first foray into showbiz was as a contestant on the singing competition Idol Philippines in 2019. Though she did not make the cut, Anji went on to become a singer. Last January, she released a new singled titled "Keeps On Coming Back", which she dedicated to her Jewish father. She also has an upcoming single, "Don't Be Afraid", to be used as the official soundtrack of a new series.

Aside from music, Anji also ventured into acting. Her most recent project was the iWant series Unloving U in February, which starred Pinoy Big Brother alum Loisa Andalio and her onscreen partner Ronnie Alonte.

The newest season of PBB will feature three editions, beginning with the celebrity edition, followed by the adults, and finally the teens.

He added that the process for the celebrity edition differs from those of the teen and adults editions. For the whole month of September, the PBB team held an audition for the adult edition, which was open to ages 20 to 40.

Meanwhile, auditions for the teen edition, which is open to ages 15 to 19, will run from December 1 to 31.