The wife of the late rapper Francis Magalona greets him on what would have been his 57th birthday. 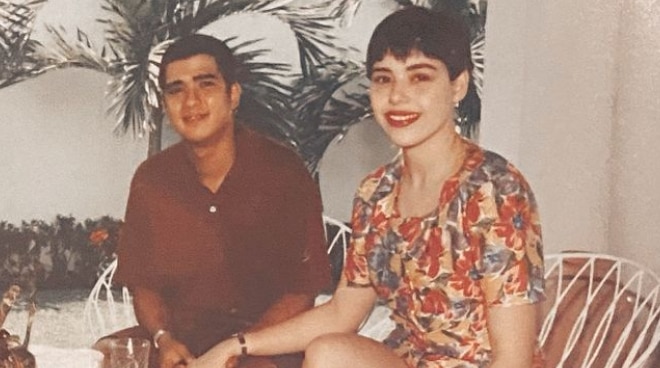 Forever known as one of the pioneers of Filipino hip-hop scene and arguably the most successful Pinoy rapper to date, Francis Magalona, more popularly known as “FrancisM.,” has continued to be an inspiration for the generation of Pinoy rappers that have followed him. Although the talented rapper, songwriter, and entrepreneur succumbed to leukemia in 2009 at the age of 44, his legacy continues through his family and children with wife Pia Magalona.

For his 57th birthday this year, Pia penned a simple but sweet message to her husband of 25 years.

“I dedicate my comeback to IG in commemoration of the day you were born, back in 1964.

“Times have truly changed (for the worse) and especially for our country that’s been hit hard not just by the pandemic, but by the current situation we are in because—believe it or not—they’re back!

“Mom is there now, too, with you and both your parents. Keep watch over us—and keep us safe always.

Francis and Pia’s eldest daughter Maxene Magalona, who followed in her father’s footsteps by joining showbiz at an early age, chose to share an endearing fact about her dad in her birthday post for him.

“Fun fact: Did you know that my Dad was named after St. Francis of Assisi, who was the patron saint of animals? He was born on October 4 which is the feast day of St. Francis.

“Growing up, he always had a sincere love for animals and had many pets like a Dachshund named Coolie and a Whippet named Phaedra. Although I think our family will agree that his favorite pet was Gringo, his Chihuahua who is sitting on his lap in this photo. This dog was no ordinary dog. He was fierce and feisty but the most loyal companion ever. He never left my Dad’s side. On the day he passed away, he took his last breath as he circled around Papa’s feet and laid himself to rest beside his favorite human.

“October 4 is #WorldAnimalDay and @petaasia is encouraging all of us to treat our animal friends with more love and compassion. If us humans are going through a difficult time in the world today, can you just try to imagine the pain and suffering that animals have to go through every single day on this planet? Just try. And see how your perspective about animals shifts if you can just try to put yourselves in their paws.

“Have a kind and loving day, everyone!”

Singer, actress turned podcaster Saab Magalona-Bacarro is the third child of Francis. She named her firstborn son Pancho after her grandfather Pancho Magalona who was also an actor in the 1970s. She remembered her father fondly in her post last October 4.

“Happy birthday to my pop! He would have been 57

Today’s @wakeupwithjimandsaab podcast episode is about the 5 things I learned from him. Thank you, pop. You’re gonna live forever in me #FrancisMForever”

“How we wish we could all be together and celebrate your birthday as October is a very special time for our family, with the many folks born this month.

“Again, happy birthday, FrancisM. Pls work your magic from up above and protect us, especially your dear children and grandchildren, from the dark side.

“We love you and all the cherished memories we shared, deep in our hearts.

“We need more JOY to sustain us; God’s PEACE to comfort us; and

HOPE to remind us of brighter days ahead.

“His joy will be our STRENGTH;

His peace surpasses all UNDERSTANDING; and in Him ALONE do we have our hope for the FUTURE.”

Francis and Pia got married in 1985 and have eight children, two of whom were Magalona's stepchildren: Unna, Nicolo, Maxene, Frank, Saab, Elmo, Arkin, and Clara Magalona.