Jordan Herrera gets engaged to long-time girlfriend in the US

Jordan Herrera has been in a relationship with Michelle Lopez for 18 years. 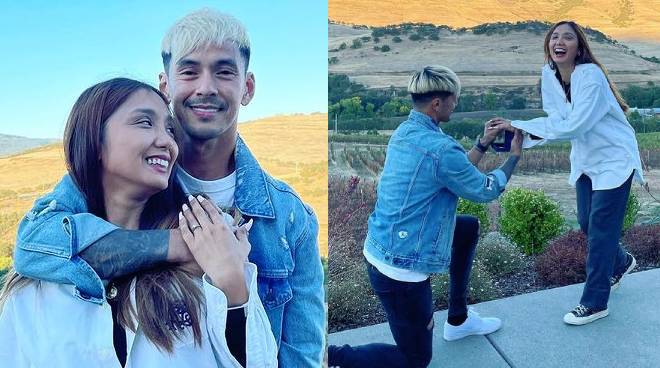 On his Instagram page on October 1, Jordan shared the snapshots of his proposal to his long-time girlfriend Michelle Lopez which happened at Irvine and Roberts Vineyards in Oregon.

"I pulled off her birthday surprise and she said yes!," Jordan posted.

Jordan and Michelle have been in a relationship for 18 years. They have two children, Tiffany and Jaydan.

Various celebrities extended their congratulatory messages to the couple.

Jordan previously became part of various shows on ABS-CBN. In 2019, he bagged a role in the series Starla.

He was also part of the ABS-CBN series Kambal sa Uma in 2009.

Jordan was hailed as the champion of the ABS-CBN boxing show Pinoy Mano-Mano. He was also an original member of the Kapamilya network's all-male group Power Boys.