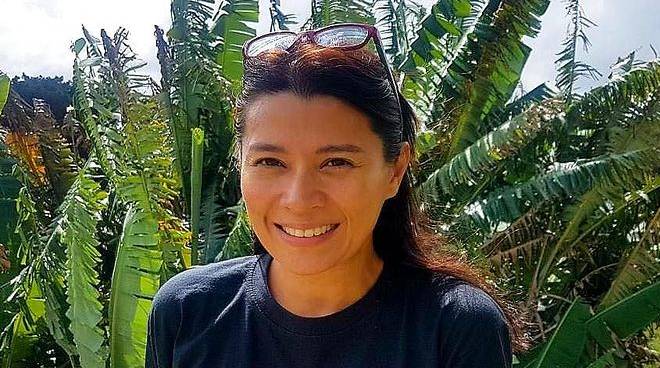 Even before the ABS-CBN shutdown last year, actress Mylene Dizon has always been one of the staunch and loyal supporters of her home network ever since joined the Star Magic family in 1996. The 45-year old actress, who is part of the cast of the family drama Huwag Kang Mangamba, shared how she feels on choosing to remain a kapamilya even with the franchise denial.

Playing relentless journalist Eva Marquez in Huwag Kang Mangamba, Mylene said she feels a certain responsibility in taking on this kind of role.

“I needed to represent this journalist very well and as fair as I can be kasi dapat ganun natin makita ang mga journalist. Dapat wala tayong kinikilingan. Right now it’s very difficult to be fair because maraming hindi balansado, may mga fake news. So it’s quite a challenge to be believable, dependable, timely, and credible,” she explained.

READ: Mylene Dizon on working with Charlie Dizon on ‘My Sunset Girl’: ‘She has a certain kind of maturity’

Known for playing a wide range of characters on television and film through the years, Mylene said it was never her goal to always be the lead actress in all her projects.

“Kadalasan hindi ko naman hinahanap yung pagiging bida eh. Ang importante sa amin kung ano ba yung role at paano namin magagampanan ng mabuti, how to give it justice. I think that’s the main job description namin bilang artista. Personally hindi naman ako star, I’m in it for the craft. And that makes me feel good that I’m able to represent it well and I ‘m very, very happy that you guys appreciate the work that I did,” she explained.

As mom to her two sons Lucas and Tomas, Mylene shared how their set-up is at home every time she has to go into lock-in taping for the soap.

“Yung mga anak ko iniwan ko sa parents ni Paolo (Paraiso) father of my children. I’m super thankful kasi medyo naging magulo yung huling schedule namin nitong tapijng and there were so many changes but they were kind enough to let my children stay longer and really took care of them and helped them kahit na may mga questions yung mga bata tungkol sa online schooling, sa mga klase nila. Sometimes it gets difficult for grandparents to go back and recall some lessons di ba? So they had to relearn some things. Yung sister din ni Paolo was there and the Paraisos were really, really nice and generous,” she added.

Huwag Kang Mangamba is now on its last three weeks and is available  via Kapamilya Channel, A2Z, TV5, TFC, Kapamilya Online Live, iWantTFC, WeTV, and iflix. Outside of the Philippines it is available on The Filipino Channel on cable and IPTV.