Actress Nadine Lustre dropped a surprise treat for her fans ahead of her 28th birthday this coming Sunday, October 31. 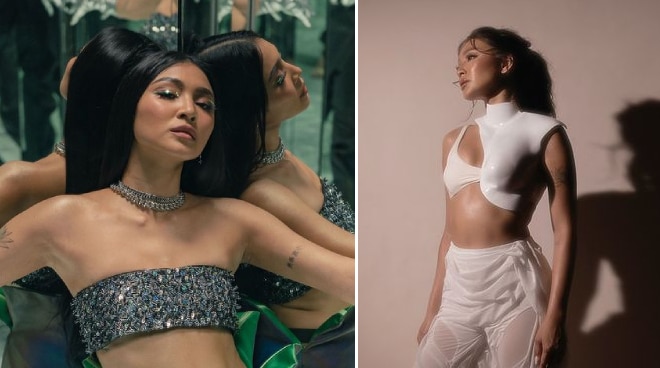 Actress Nadine Lustre dropped a surprise treat for her fans on Friday midnight, October 29 —her new single entitled "Wait For Me."

The slow, solemn pop track, produced by her record label Careless Music, "touches on the bittersweetness that comes with moving on" from a relationship.

"It’s a heartfelt ballad wrapped in both melancholy and hope — an expression of gratitude and a lamentation of letting go," read the song's description on YouTube.

"Wait For Me" is the first song Nadine has released since the successful launch of her visual album "Wildest Dreams" in 2020.

"Enough waiting, it’s finally here! @nadine is greeting her birthday weekend with a fresh new track we’ve all been dying for," read a post on Careless's social media pages.

It added that a music video for "Wait For Me" will be released this coming Saturday, October 30, at 6 pm.

James Reid, Careless's founder and former boyfriend of the actress, also promoted the song on his Instagram account.

"@nadine got a new anthem dropping at midnight. Aaand the MV will be out on the 30th," he wrote, along with the hashtag #NadineWaitForMe.

James and Nadine, who once formed the love team "JaDine", have managed to stay good friends and colleagues even after they broke up last year.

In fact, just months after they announced their split, the two collaborated closely on the actress's "Wildest Dream" album, which included their duet, "Complicated Love."

In an interview with Boy Abunda, Nadine credited James for all her music projects, including her recent digital solo concert Absolute Madness, which was produced by Careless.

“He's just pushing me. He's actually the one lining up all the projects for me which I am really grateful for. I wouldn't have done it without him, to be honest,” she said.

Nadine, who is currently being linked to French businessman Christopher Bariou, also admitted that she and James are still close with each other.

“We have supported each other immensely. We are so close pa rin," she said. Stopping short of putting a label on their current relationship, Nadine added: "I guess it is best not to put a line on to it. We're happy. We're supporting each other... I think wala ng better answer than that."

“Obviously, he is contributing to my growth. And in some way, I am with his, as well. That's the only thing that matters.”