Ronnie Alonte was treated to a surprise birthday party by his girlfriend, Loisa Andalio, as he turned 25 on Tuesday, October 26. 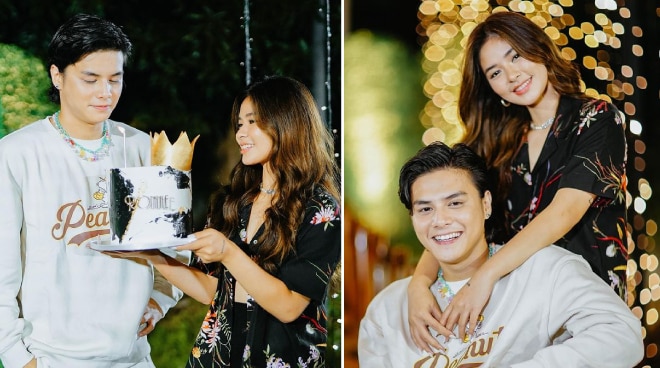 Ronnie Alonte was treated to a surprise birthday party by his girlfriend, Loisa Andalio, as he turned 25 on Tuesday, October 26.

In a series of Instagram updates, Ronnie posted photos from his birthday celebration, which was attended by his family and several close friends.

"Last night!" he wrote in the caption, along with the hashtag #25. "Maraming salamat po!"

Addressing Loisa, the actor said: "Thank you and I love you, beh."

Loisa also shared photos from the party on her Instagram page, as she thanked all those who helped her mount it.

She also expressed her love for Ronnie as she greeted him a happy birthday.

"About last night," she said. "Happy birthday @iamr2alonte! I love you!"

Ronnie and Loisa have been together for almost five years. They will be celebrating their fifth anniversary as a couple this coming November.

Recently, it was announced that the couple, dubbed "LoiNie", will be starring in a new ABS-CBN series entitled Love In 40 Days.

They will be joined by Elisse Joson, Janice de Belen, Lotlot de Leon, Joel Torre, Tonton Gutierrez, and Mylene Dizon in the project to be directed by Manny Palo and written by Rafael Mercado. Dreamscape Entertainment, one of ABS-CBN's entertainment production units, will produce the series.

No other details were given about the series, only that it is coming soon.

Love In 40 Days marks the television comeback of the couple, who was last seen in the hit action series The General's Daughter in 2019.