Sonyer Reyes, the father of seasoned actress Gladys Reyes, has passed away. 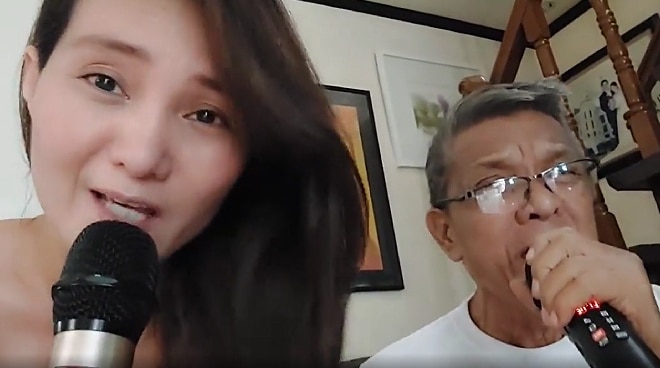 Sonyer Reyes, the father of seasoned actress Gladys Reyes, has passed away.

Gladys confirmed the sad news on Instagram on Monday, October 25.

Sharing an old clip of herself having a duet with her father, the actress wrote: "Magkikita tayo muli sa bayang banal, Pa."

According to Gladys, her dad passed away due to multiple organ failure—heart, lungs, and kidney—though he tested negative from the coronavirus.

"Thank you, Pa. I will always be a Papa's girl!" she added. "Mission accomplished."

In a separate post early Tuesday, October 26, Gladys posted a picture of her hand holding her father's.

In early January, Gladys revealed that her father suffered a heart attack.

According to the actress, her sister rushed their dad to the hospital when he complained of severe chest pains.

"Thanks to our dear God, my father was able to recover, as if nothing happened. But the doctors confirmed, he had an attack," she said.

"I am a certified Papa's girl and what saddens me is that we are not allowed to visit him, according to the hospital rules, due to pandemic," she continued. "Kept telling him, his grandchildren need him, to help us, guide them. To spend more bonding moments with him."

"From angiogram this morning to angioplasty now. I was called by the doctor to make an important decision after they saw in angiogram it doesn't look good, since I'm the 'panganay' and my mama is a senior and not allowed in the hospital. After consulting the family, I had to decide," Gladys said at the time.

"Doctors explained the risks and I prayed hard. I know God is in control," she continued. "Nakakapanibago lang wala kang karamay sa tabi mo because of strict safety protocols which I understand, I just can't help to feel a bit emotional but I know I'm not alone, God is with me."