Callie Ahmee, the daughter of actress Dimples Romana, is pursuing her lifelong dream to become a pilot. 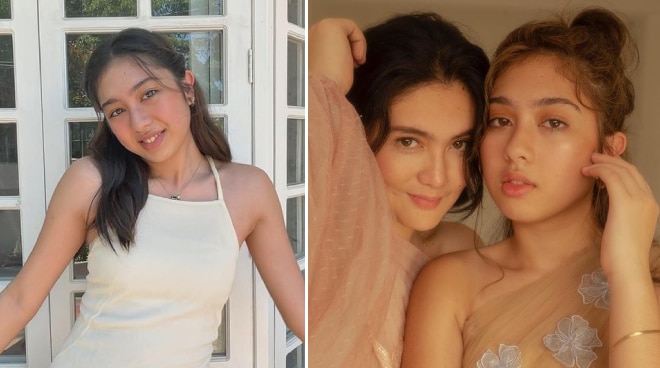 Callie Ahmee, the daughter of actress Dimples Romana, is pursuing her lifelong dream to become a pilot.

On Instagram on Monday, October 25, Dimples shared that Callie, her eldest child with husband Boyet Ahmee, is now enrolled in the Bachelor of Business Major in Aviation Management program of Southern Cross University in Australia.

In her post, the Kapamilya actress could not help but turn sentimental as she marked her daughter's first day in college.

"I had [Callie] young. Very young in fact that I always felt unworthy of the dreams I thought I had left behind when we decided to have her early. Sabi kasi nila noon, 'pag nag-asawa at anak na daw ako, TAPOS na ang AKING MGA PANGARAP. I was told many ugly, hurtful things that got to me and made me feel UNWORTHY of anything GOOD. I listened to the voices of people whom I thought cared for me and my dreams —I was wrong. Natutunan ko that if someone truly loves you, they WILL RESPECT your journey and will always cheer you on with your personal choices and the path you want to take on. They will LOVE YOU NO MATTER WHAT. They will BLESS you with their unconditional love and friendship," she wrote.

"And because I learned the value of choosing the people you surround yourself with, I now, together with [my family], are embraced by a LOVE so FULL and SECURE that no struggle is ever too heavy for us to bear," she said.

Dimples went on: "Si Callie ang nagturo sa akin, and even to this day would remind me that, 'MA, IT'S OKAY TO WANT THINGS FOR YOURSELF, IT'S OKAY TO WANT FOR YOU.' Callie is blessed to have grown into this wide net of love of family and friendship and that’s the reason why she has always been a lady who believes in acknowledging the opportunities life hands over to her and all the responsibilities that come with it. Masaya kami ni Boyet watching her pursue her lifelong dream of becoming a pilot like her Lolo Boy and take on life’s many adventures."

As she marked her daughter's latest milestone, the Viral Scandal actress also expressed disbelief as to how time flew by so fast, saying, "Grabe! How time flew by so quickly. Her 9-year-old goofy face [is] still stuck in my head. A fine young woman to become EVERYTHING she DREAMS TO BE and MORE."

Callie, 17, graduated from high school with flying colors last May.

Aside from Callie, Dimples and her husband also have a son, 6-year-old Alonzo.