The original hosts of “It’s Showtime” took to social media to celebrate the 12th anniversary of the noontime program on Sunday, Oct. 24. 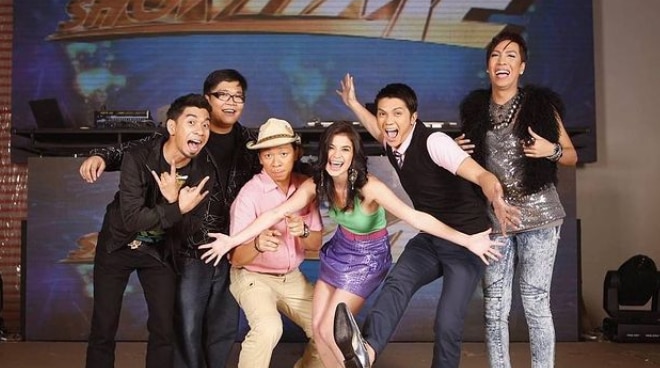 The original hosts of It's Showtime took to social media to celebrate the 12th anniversary of the noontime program on Sunday, October 24.

In her post, Anne Curtis, who was last seen on the program in December 2019, said she is looking forward to coming back to host It's Showtime and being reunited with her fellow hosts.

"Happy 12th anniversary my 'Showtime' family," said the actress. "A lot of things have changed, but I know these things still remain - the love we have for one another, our madlang people, and the goal to continue to make them happy. Looking forward to when I can laugh so hard again like the last pic with you guys again! I miss you all sooooooo much!

"I’d also like to take this opportunity to commend my brothers, sisters, of course, Inay and the whole showtime family behind the camera who continue to work hard to put on an amazing show despite the challenges of the last few years. Thank you and I love you guys!!!! Happy anniversary @itsshowtimena," she added.

For his part, Vhong Navarro promised to continue bringing happiness to the "madlang people" as he thanked them for their companionship and appreciation.

The duo of Jugs Jugueta and Teddy Corpuz also expressed their gratitude to the avid viewers of It's Showtime as they marked the show's anniversary on Instagram.

Aside from those mentioned, comedian Vice Ganda and weatherman Kim Atienza were also among the original hosts of It's Showtime, which has become ABS-CBN's longest-running noontime show since it debuted in October 2009.