Celebrities took to social media to congratulate Kris Aquino after the TV personality hinted at her engagement to former Interior Secretary Mel Sarmiento. 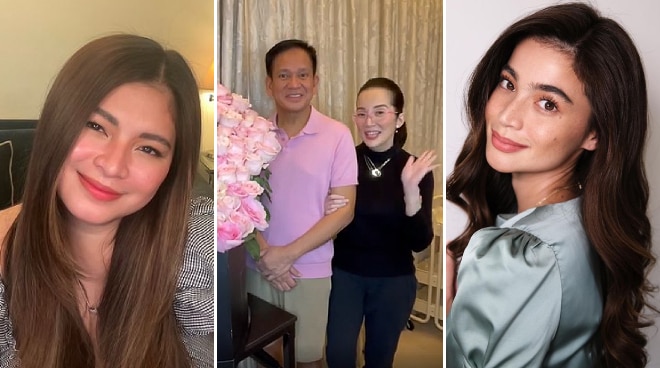 Celebrities took to social media to express their happiness and to congratulate Kris Aquino after the TV personality hinted at her engagement to former Interior Secretary Mel Sarmiento.

In an Instagram post on Sunday, October 24, Kris penned a heartfelt message to Sarmiento, whom she referred to as her best friend and "the man I said yes to spending the rest of my life with."

“Thank you for, as Bimb said, loving me for me, with no agenda, and for being just an overall good and patient man. It’s unreal how much more calm and peaceful I feel now that you’re here,” she wrote.

The actress also said that she is looking forward to becoming a Sarmiento.

“We agreed, what’s personal shall remain private so hanggang dito lang ang pwede kong ma share,” she said. “Except I guess to say as much as I am proud to be an Aquino, looking forward na kong maging Sarmiento."

While she has yet to directly confirm that she is engaged, fans and local stars were quick to express their happiness for Kris in the comments section of her post.

Anne Curtis wrote: "Ate Kris, so happy for you!!!"

Kim Chiu, a known close friend of Kris, said: "Wow!!!!! I was smiling the whole video!!!! So much love and happiness ate. You deserve all the happiness in the world ate. God really answers prayers in His own perfect time. Love you ate."

Miles Ocampo, who is close to Kris and her son Bimby, wrote: "I love you, my nanay."

Mariel Rodriguez commented: "Congratulations ate Kris!!!!! Wish you nothing but the best!!! YOU DESERVE IT!!!! Love you forever."

"'Hindi ako pangshowbiz,'" he wrote, before adding the hashtag #TeamReal.

Meanwhile, in her post, Kris also thanked her brother, the late President Benigno "Noynoy" Aquino III, for paving the way for their love story.

Sarmiento, 59, served as the DILG Secretary under the administration of former Pres. Noynoy from September 2015 to June 2016.

Kris, 50, was formerly married to PBA star James Yap. They had a civil wedding in 2005. Their marriage was annulled in 2012. They have one child together, 14-year-old Bimby.