Kylie Padilla breaks silence: ‘Masaya ako and I will protect my happiness’

Kylie Padilla has finally broken her silence after her estranged husband Aljur Abrenica released a statement accusing her of cheating on him during their marriage. 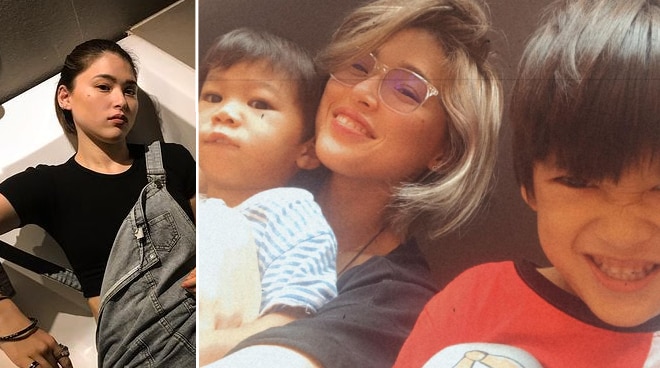 Kylie Padilla has finally broken her silence after her estranged husband Aljur Abrenica released a statement accusing her of cheating on him during their marriage.

In an Instagram post early Friday, October 22, Kylie assured those who are concerned for her that she is doing okay, as she shared a photo of herself with her kids Alas and Axl.

"I have all I could ever want already," she said. "Para sa lahat ng nag-aalala sa akin, I’m really ok. Masaya ako and I will protect my happiness. No matter what."

In his scathing statement, which has since been deleted on Facebook, Aljur insinuated that it was Kylie who first committed infidelity during their marriage, as he urged his estranged wife to tell the public "who cheated first" and "who wrecked our family."

Aljur, who has been the subject of criticism since it was revealed that he is romantically involved with his Nerisa co-star AJ Raval, said he has no ill feelings towards his bashers regardless of "all the attacks and accusations they have towards me."

"I do appreciate their reactions because I know it comes from their genuine morality and support towards our family. So they also deserve to know the truth," he said.

The actor also said he was sorry for supposedly breaking an agreement he and his estranged wife had on keeping details of their separation private.

"When your dad opened to the public his one-sided story, I maintained my silence because of our agreement. But now that people who support us still throw accusations and reading your statements, it breaks my heart that you can sit still [in spite] of the truth," he said.

He was referring to a July interview of Kylie's father, action star Robin Padilla, where the latter confirmed that his daughter had parted ways with Aljur.

In his post, Aljur also implied that Kylie is with someone right now.

"Tell them who cheated first. Tell them who you are with right now," he said. "Have the courage to settle this. Tell your dad the truth. If not for them, do it for our children. After so many years will you allow our children to let them believe this story that you and dad left for me? At first, it was fair for me, to take all the blame. Is it also fine with you guys to let the innocent be attacked with false accusations?"

Following his statement, Kylie took to Instagram Stories to share a cryptic quote about being made to feel guilty for someone else's mistakes. It reads: "Never underestimate a man’s ability to make you feel guilty for his mistakes."

Kylie and Aljur had been married for more than two years before news of their separation surfaced.

The former couple tied the knot in December 2018 and have two children together—Alas, 4, and Axl, 1.