‘Is this for real?’: Ylona Garcia gets billboard at New York’s Time Square

Ylona Garcia is the latest Pinoy celeb to get a billboard at New York’s Time Square. 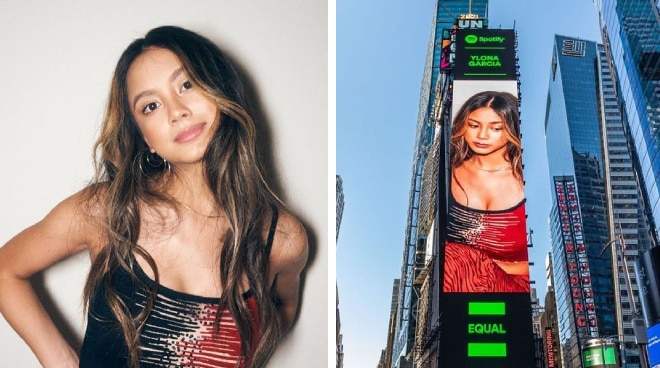 Ylona Garcia proudly took to social media to show her billboard at the historic Times Square in New York.

Ylona has been featured as one of the artists in the Equal global flagship playlist of the music streaming giant.

“You have my heart,” she said.

“Amazing but IT'S THE REACTION PICTURE FOR ME,” KC wrote. Iya Villania, on the other hand, wrote: “How crazy! So awesome!”

Ylona is part of PARADISE RISING, a music collective under the America-based Asian record label 88rising.

Last September, Ylona released the song “Don’t Go Changing” which talks about the different stages of letting go. It is included in the upcoming visual album of 88rising called Head in the Clouds 3.