Iya Villania reveals that her child suffered from cellulitis which almost led him to being admitted to a hospital. 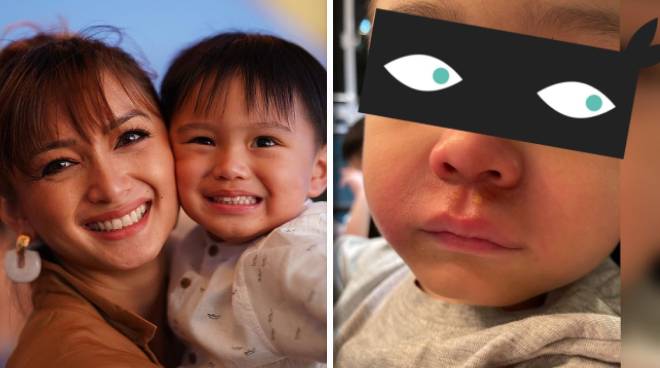 Iya Villania took to social media to share how her son Primo almost had to be admitted to a health facility following a health scare.

In an Instagram post, Iya said she wanted to let her fellow parents know what her son had gone through for allowing him to be independent particularly with the use of tissue to wipe his nose.

According to Iya, Primo would usually wipe his nose on his own due to having sniffles or colds due to crying.

“Drew and I never thought this could happen from wiping your nose so much. Primo had the sniffles and so being the big boy he is, he would go ahead and wipe his nose (a mix of dry facial tissue and saline wipes but more of the saline wipes),” Iya wrote.

But because Primo wiped his nose so hard, it eventually turned red and started to become inflamed. While it was ruled out as cellulitis, their family doctor still warned them that the infection could reach the brain should it get worse.

“He wiped so much that eventually, the area around his nose got so red and inflamed. Our doc called it out as cellulitis and that if it worsened that he’d have to be admitted as the infection might approach the brain,” she said.

But Iya said her son is now slowly recovering from it. “Thank God he didn’t have to be admitted and looks like we’re recovering,” she said.

Iya said that as much as she wants her kids to be independent, letting them do things on their own could also lead to situations like those, saying her post is a heads up to parents.

“But [I] just wanted to give the mamas and papas a heads up coz as much as we want our children to learn to be independent, we never want to see them in a situation like this. I know… it’s a hard mix,” she said.

Iya Villania has two sons with Drew Arellano, Antonio Primo and Alonzo Leon. She also has a daughter, Alana Lauren, whom she and Drew welcomed in 2020.