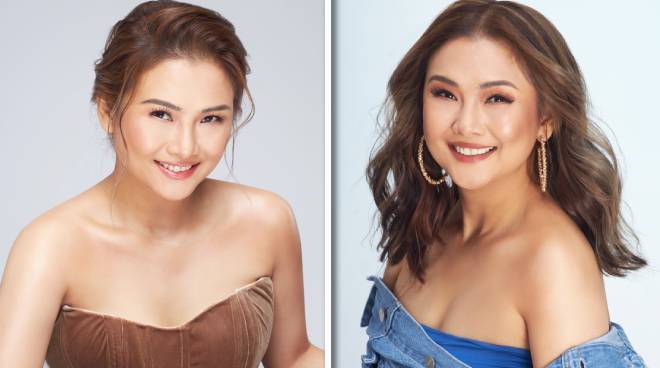 After making her comeback to music by releasing her latest singles “Tulad ng Dati” and “Gusto Ko Nang Bumitaw” this year, singer Sheryn Regis gives music lovers another event to look forward to this month with her first ever digital concert called Love United via KTX.ph, iWantTFC, and TFC IPTV on October 23 (Saturday) with a re-run the next day (October 24). The grand musical event will highlight the Crystal Voice of Asia’s heartwarming performances promoting love, hope, and healing today. READ: Sheryn Regis on surviving cancer and getting a second chance at life | PUSH Bets Live

The 41-year-old singer said fans will be in for a big treat while watching the virtual concert with their loved ones.

Sheryn, who is happy to declare herself cancer-free after battling thyroid cancer since 2016, said she is making sure she is in tiptop share for Love United.

“I prepare myself mentally, emotionally, and physically so I really had to sleep, I practice my songs, and then balancing everything from promotion to doing other things. Marami ding pinagdadaanan before the concert pero ako naisip ko na I really have to be positive in everything na sa kakagusto ko talaga maibigay lahat. Kasi first ever digital concert ko nga ito so maibigay ko ang best ko. Emotionally kailangan prepared kung meron mang mangyayari or something, I need to be positive all the time. Gusto kong i-assure na mafi-feel nila gaano mag-work ang mga puso namin through our singing, ma-feel nila na nasa harap lang nila kami. Na iba ito from just watching us on TV,” she said. "Digitally dadalhin ko kayo sa isang concert stage,” she added. Love United is presented by ABS-CBN Events and produced by MAK Entertainment. Tickets for the concert are now available online for P899/USD 17.99 (regular) and P1,4999/USD 30 (VIP with access to digital after party).

Find healing with Sheryn in Love United, streaming 8PM PhST via KTX.ph, iWantTFC, and TFC IPTV on October 23 (Saturday) with a re-run the next day (October 24) at 10AM PhST. For updates, follow @abscbnpr on Facebook, Twitter, TikTok, and Instagram or visit www.abs-cbn.com/newsroom.