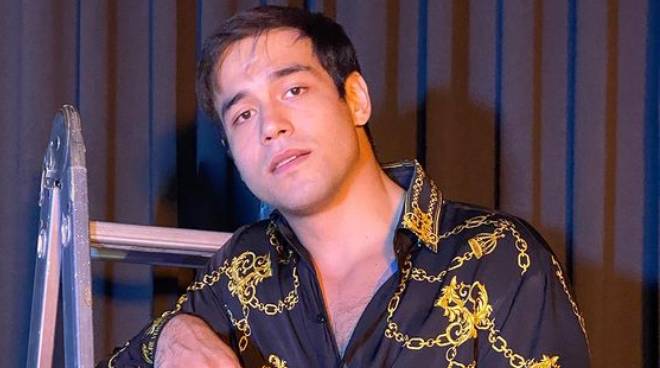 When the trailer for his new film Ang Sarap Mong Patayin was first released, many reacted to Kit Thompson’s sexy scene with comedian Lassy Marquez who plays the person who catfished him into going on a date in the film. While shooting the scene, Kit denied he felt awkward having the Beks Battalion member kissing his chest.

READ: Kit Thompson on starring in ‘Ang Sarap Mong Patayin’: ‘It’s not a movie for everyone’

The half-Filipino half-New Zealander actor admitted that what he found most difficult to do was not the provocative scenes.

“This is the first time that I’m going to be torturing anyone in a movie and ibang klase and may rape scene pa. It’s not like a love scene kasi ang love scene it’s different. Sobrang magkaiba. Here you’re a rapist orchestrating this thing. Wow, physically grabe bugbog because kung paano nangyari yung scene is like at the end of the scene we had bruises, may pasa pasa kami sa mga tuhod tapos ayoko masyado ibigay lahat but there was one time na tino-torture ko sabay si Lassy and si Ariella (Arida) na sobra akong nahirapan gawin kasi sobrang f***ed up nila. Alam mo yun, kasi hindi mo talaga iisipin na gawin ito kahit kailan di ba? (laughs) So to do that, to get into that character, to make yourself do that ang hirap, ang hirap din emotionally and mentally to get there and to make it siyempre believable. Yun yung pinaka nahirapan ako,” he explained.

When asked to share how he feels when people tell him that he is yummy or ‘masarap’ onscreen, Kit gave an honest answer.

“Of course I can’t deny it’s an ego booster siyempre, ‘di ba? As a human being, you want to be the best version of yourself all the time. I put in the work. I work out. I watch my food. So I do all these things and I think with anything naman, kung mapansin ng tao na kung i-praise ka ng tao for something that you’re doing or maybe how you look, it’s a good feeling. It means it’s working. What you’re doing, kung anong pinaghihirapan mo, gumagana siya. And that just gives you more reason na to stick to it, to do better, and to improve on yourself daily,” he said.

Even with his sexy physique, the 24-year-old actor and former Pinoy Big Brother housemate said he draws the line at doing full frontal nudity.

“I don’t want to do anything like soft porn to that extent. Nudity is not the highlight for me so it really depends on the director and how it’s going to be done and what the project is for. So depende talaga. Whatever the project requires. Ako hindi ko naman tinitingnan yung requirements na nudity. That’s not the highlight for me. Hindi naman yun yung dapat i-highlight ng movie eh. It’s the story, it’s the value of the film. Yun ang tinitingnan ko and if I like a certain project, you’d see me doing things that I’ve never done before. The trust sa director, if I trust the director then who knows? The sky is the limit (laughs),” he said.

Unlike his role onscreen, Kit said he has never used dating apps.

“I don’t chat. I’ve never done catfishing. I think it’s wrong to pretend you are someone else. Kasi ang dami kong nakikitang mga tao na nag-e-extort ng pera, ganyan. Ang weird eh kasi you’re on a dating app and then you talk to so many people. Pero at the end of the day you’re still looking for a deeper connection, a person you can share whatever it is with. Actually sometimes I feel na with dating apps parang ang hirap maghanap ng real connection through the phone because it’s so easy, you’re just swiping left or swiping right or whatever it is. Kasi ang daming choices so parang nawawala yung value or the genuine connection. Kasi parang you meet up with this person tapos kung hindi ko magustuhan wala na, ex na tapos moving on to the next. After a while parang nakakadismaya or nakaka walang gana yun eh. I’m for meeting someone in person talaga and getting to know them,” he explained.