Five KathNiel films to be adapted in India 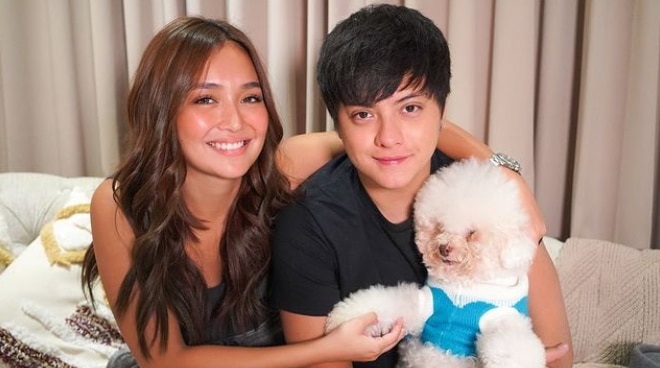 ABS-CBN Film Productions announced that it has partnered with Global One Studios of India to remake five of its blockbuster films, all topbilled by the reel-to-real couple dubbed as "KathNiel."

They are Barcelona: A Love Untold, Can’t Help Falling In Love, Crazy Beautiful You, “She’s Dating The Gangster, and The Hows Of Us, which was the Philippines’ top-grossing film in 2018.

The historic deal marks the first time that India, considered as one of the world's major film markets, will localize five Filipino films and introduce them with new and talented Indian pairings.

“This is a great opportunity for ABS-CBN Films to share our well-loved and heartfelt stories and become a source of inspiration for global audiences,” ABS-CBN Films Managing Director Olivia Lamasan said. “The Philippines and India share many common values, among which is the strong love for family that resonates in our films and will soon be experienced by the people of India.”

“We are happy to be associated with ABS-CBN Films to bring their well-crafted love stories to the people of India by adapting their heartrending films in Indian languages. Family bonding and cultural values are common to both Philippines and India, which are captured seamlessly in their films. This will be the first time that five Filipino films will be remade in India and we are excited to join hands with ABS-CBN to showcase their relationship stories with the same intense and emotions through our films,” said Ramesh Krishnamoorthy, President of Global One Studios.

The deal also comes at a time when Kathryn and Daniel are celebrating their 10th anniversary as a love team.

The two were first paired in 2011 via the youth-oriented series Growing Up and have since become one of the most successful love teams of their generation.

She’s Dating The Gangster, their coming-of-age 2014 romantic-comedy film, is about two students who pretend to date to make an ex-girlfriend jealous.

Crazy Beautiful You, which came out a year later, centers on the story of a rebellious teenage girl sent to a medical mission camp and finds herself falling for a politician’s son.

Barcelona: A Love Untold is about two Filipinos who are trying to get over their respective pasts and find romance in Spain. Released in 2016, the film was named Best Picture in the 65th Filipino Academy of Movie Arts and Sciences (FAMAS) Awards.

The 2017 romcom-drama Can’t Help Falling In Love is an exciting tale of an engaged young lady who discovers that she is already married to a total stranger.

The Hows Of Us is about a young couple who dreams of growing old together but faces hurdles along the way. The film won the Golden Jury award at the 50th Guillermo Box Office Entertainment Awards.

In a press release, ABS-CBN said these five films are expected to bring "universal stories of love, hope, perseverance, and inspiration" among Indian audiences through their local adaptations.

Currently, Kathryn and Daniel are gearing up for the upcoming romcom series, 2 Good 2 Be True, which marks their television comeback after La Luna Sangre in 2017.