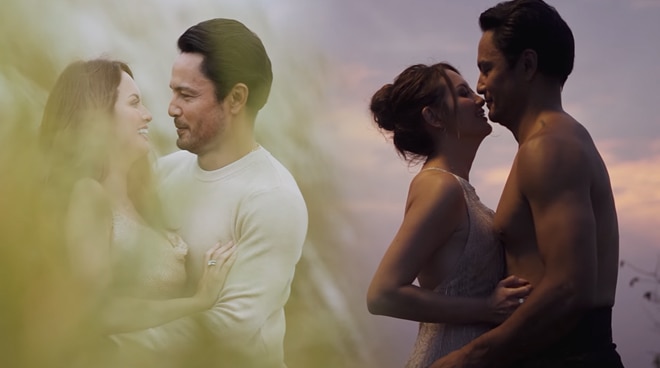 Created by renowned wedding videographer Bob Nicolas, the two-minute clip shows sweet and lighthearted moments of the happy couple on a mountaintop, with a stunning sunset serving as their backdrop.

Another scene shows the two getting playful and cozy while onboard a car.

Ellen and Derek announced their engagement in March, just a month after they admitted that they were a couple.

"He met me at the right time," said the actress, who was previously in a relationship with actor John Lloyd Cruz. They have one child together, Elias. "He met me because, during the pandemic, I fixed myself, I worked on myself. I did a lot of inner work. So, at that time, I knew what I wanted na. I knew what was good for me. I knew what was bad for me. And then when I made better choices and for myself, that’s when things started to come in and everything made sense. I didn’t have that desperate vibe of trying to look for love, of looking for a guy to complete me. I was already complete."