Sarah Lahbati goes on camping trip with family for her birthday

‘Magical,; was how actress Sarah Lahbati described her 28th birthday which she spent with her family at a campsite in Tanay, Rizal over the weekend. 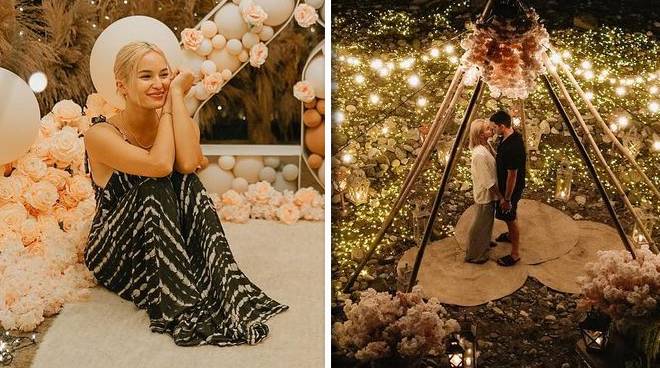 This was how Sarah Lahbati described her 28th birthday which she spent with her family at a campsite in Tanay, Rizal over the weekend.

On Instagram on Tuesday, October 12, the actress shared a few photos from the special celebration while tagging those who helped mount the camping trip, including event stylist Gideon Hermosa and Nice Print Photography.

"'and into the forest I go, to lose my mind and find my soul.' can’t even begin to find the words to describe how epic and magical last weekend was," she said.

"from bumpy and muddy roads to fresh air, mountains, and rivers. so so grateful for this experience at @bulod.campsite and @ellsworthcabin," she added.

Sarah turned 28 on Saturday, October 9. In her post, the Filipina-Moroccan actress also thanked those who remembered to greet her on her special day.

"to everyone who greeted me, thank you from the bottom of my heart," she said.

She also gave a special thanks to her husband, actor Richard Gutierrez, for organizing the camping trip.

"lastly, to the brains & heart of this trip, our dada, my love @richardgutz for turning this idea into reality. thank you for this unforgettable trip and for tirelessly working on making sure this was going to be epic for all of us. I LOVE YOU!" she wrote.

Sarah and Richard have been together for almost 10 years, and have been married for one.

Previously, Sarah revealed that she and Richard already have a tentative date for their big wedding this year, but stressed that they don't want to rush anything given the situation that the world is facing right now.