Sandra Lemonon gives advice to her younger self: ‘Nurture your body with lots of self-love’

Beauty queen Sandra Lemonon looks back on all the lessons she has learned through the years. 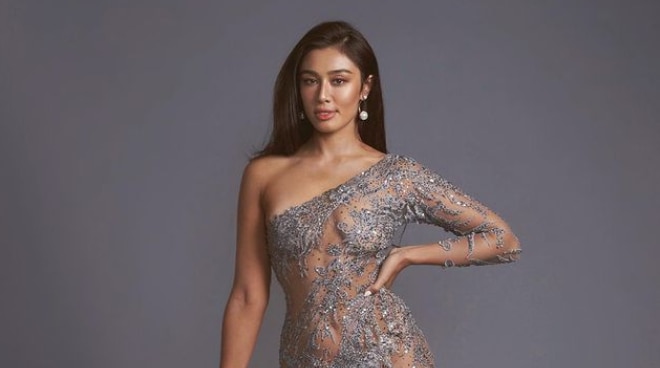 After being part of the Miss Universe Philippines pageant last year and emerging as one of the most controversial candidates because of her posts on social media, Taguig city candidate Sandra Lemonon began her year with a more positive attitude after taking a break from social media last month. The statuesque beauty queen shared a sexy bikini photo of herself in a pool.

READ: Sandra Lemonon on joining MUP again: ‘Not until there is more transparency’

On her Instagram account last January 5, the 26-year-old Fil-French beauty shared some thoughts with her followers about her recent realizations. She wrote, “Younger sandra HATED her thick thighs, the round tip of her nose, the uneven bottom lip & her front profile.

“I remember always slouching in (even when I was wearing baggy clothes) because I wasn’t comfortable with my breasts & felt the need to hide them or else I would give out the wrong impression 🥲(not that I had a big bust) It’s surreal to look back and see how concerned I was with my body & how badly I wanted to ‘fit in the mold’ of what I thought then was considered beautiful.”

Sandra also included in the post the advice she would give to her younger self. “All the parts I once hated... now at almost 27, I’ve learned to embrace them as I know it is what makes me different & imperfectly human. I know I am not here to fit into any box but instead to break them by being my true self   Also... looks will fade eventually   so enjoy it while it lasts but don’t rely on it, as you are so much more than what people see on the outside. What I want you to remember is that you should take good care of your body by being kinder to yourself, don’t talk down, compare yourself to others & be your own friend.

“Nurture your body with lots of self-love because you won’t find it in anyone else, try your best to not eat so much junk 🤣 but instead fruits & veggies.

“Enjoy your acne free face   because when you get to my age your will get hormonal acne. Last thing regardless of what you try to do to push your chest in, your breasts will be there. So stop worrying what people think & start practicing good posture so you can avoid this horrible back pain 🤪 (also boobs are a natural body part & it’s not your fault some people get offended by them 🤪)”