Star Magic’s statement comes a day after Janella Salvador and Markus Paterson introduced their child together. 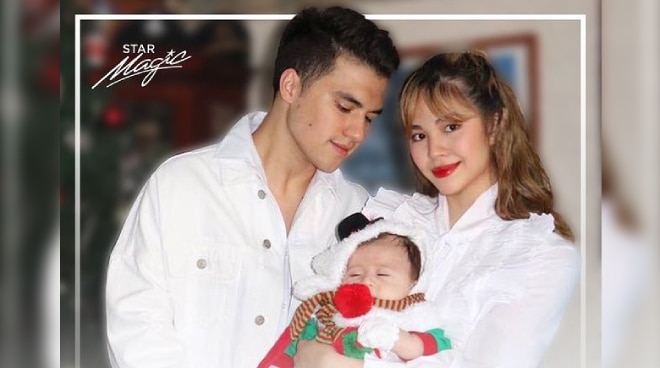 ABS-CBN’s talent management arm, Star Magic, wished the best for its two talents — Janella Salvador and Markus Paterson — as they start a new chapter in their lives as parents to their son Jude Trevor.

“Star Magic expresses its full support and guidance to Janella and Markus as they embark on a new chapter in their lives,” Star Magic wrote.

In the same post, Star Magic said it hopes fans would continue to show the same amount of support they have shown the couple throughout the years.

“We hope that you will continue to give the same encouragement and appreciation that you have given them as artists,” the statement said.

Star Magic said it also believes Jude’s arrival would have a positive impact on the craft of the couple.

“This new blessing will certainly contribute to the enrichment and depth of their artistry,” the statement continued.

“Congratulations once again, Janella and Markus, on your bundle of joy,” the statement concluded.

Janella, in a message made through a vlog shared on Tuesday evening, January 5, said the world deserves to know her son that’s why she decided to introduce him to the public.

“If your dad and I could have you to ourselves forever in our own quiet little world, we would. But that would be selfish. You’re too precious to not be shared. The world deserves to see the precious smiles you give us — the ones that melt our hearts. The world deserves to see you grow in your own unique self. I can’t believe you’re mine,” she said.

READ: Janella Salvador shares photo of herself carrying a baby

Markus Paterson, on the other hand, vowed to protect their son no matter what.

“The minute I saw you, I knew I would do anything in this world to protect you and I can’t wait to introduce you to the world and hold you in my arms even until you think it’s uncool and get mad at me as you walk off to your friends. And yes, I will be that dad. You are loved forever by your mother and I,” Markus said in the same vlog.

“I know you came to us as a surprise, but you are one pleasant surprise that we all don’t mind having. We love you very much, and I know that the whole world will love you just as much,” Jenine said.

Reports about Janella’s pregnancy made rounds back in September 2020.